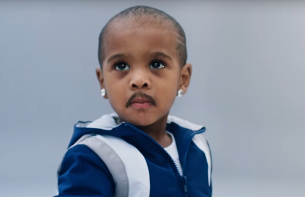 The National Football League today premiered a new TV commercial starring Super Bowl Babies saluting legends of the game. The spot will appear prior to the start of the third quarter of Super Bowl LI on Sunday, February 5 on FOX.

The new commercial – “SUPER BOWL BABY LEGENDS” – expands upon last year’s “The Super Bowl Babies Choir” spot, which highlighted how every year since 1968 Super Bowl Babies have been born to fans of the winning team.

This time around, the Super Bowl Babies explain what the true inspiration is behind the making of that family and how the greatness of Super Bowl players, coaches, and legends on that night inspire their creation. Set to the world-famous song “You're the Inspiration” by Grammy Award-winning and multi-platinum selling band Chicago, a cavalcade of star baby look-alikes appear on screen in quick succession.

"We are excited to build upon the success of last year’s Super Bowl Babies campaign,” said DAWN HUDSON, the NFL’s Chief Marking Officer. “Through our new spot, we wanted to celebrate the players, coaches, and legends who have helped make football America's game while also engaging viewers of all ages in a fun fashion."

The spot concludes with a final “Who’s Next?” with Atlanta Falcons running back Devonta Freeman eyeing Coach Belichick with the Super Bowl trophy between them.

Behind-the-scenes footage of the making of the spot will be released, along with 10-second teasers introducing the Super Bowl Baby Legends, to support the commercial.