Heather Andrew, UK CEO of Neuro-Insight on how effective this year's ads were from the brain's perspective 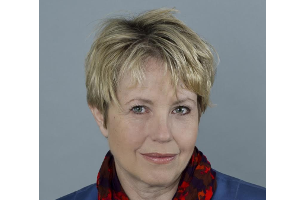 This year’s Super Bowl advertising didn’t shy away from its tradition of courting emotional moments and social media buzz. With the rumoured asking price of a 30 second spot reaching an eye-watering $5 million, it’s little wonder that advertisers and brands alike were keen to make their mark on the sporting event and, perhaps, to be crowned “Best Super Bowl Advert 2017”.

Nonetheless, whilst social buzz can be a good indicator of reach, assessing the effectiveness of an ad can be much harder. Brands often plump for emulating previous success stories, choosing to draw in viewers through big emotional moments or humour in the hope that they’ll continue to be engaged by the brand long after Super Bowl Sunday is over.

The problem with this approach is that viewers can end up being engaged at the expense of brand messaging; if our brain is occupied by an intriguing storyline, figuring out a punchline or being swept up in an emotional rollercoaster, then the end branding moment could be lost.

Successfully encoding an ad’s branding in our long-term memory is a crucial step to encourage audiences to act on the ad’s message, rather than to simply enjoy it. Failure to drive strong memory encoding can lead to a wasted investment or, even worse, a dip in brand engagement entirely.

Research we conducted around Budweiser’s heart-melting Super Bowl ad from 2015 supports this. Whilst the ‘Lost Dog’ was a viral hit and much loved by audiences, our brain response measurements demonstrated that viewers didn’t strongly encode the Budweiser brand itself, despite being emotionally engaged.

A better way to ensure strong brand recall might have been to integrate the Budweiser brand within the advertising itself, as opposed to relying on a tagline or a logo at the end. Think the classic Budweiser frogs, instead of 2015’s horse and dog – less cute, but likely to far more effective from a branding perspective.

This year’s Budweiser advert ‘The Hard Way’, featuring the company’s founder Adolphus Busch, did a better job of integrating the brand throughout, as we follow his journey to America and creating the famous beer. Despite the link between Adolphus and the beer not being made explicit until the end of the advert, the key end branding moment also acts as the resolution to the intriguing storyline the brain has been following, improving the chances of the brand itself getting stored away successfully into the audiences’ long-term memory.

Avoid falling into the uncanny valley

Some of this year’s most talked-about ads, including those from Honda, Bud Light and Mr Clean, used CGI to create humour and bring their brand to life on screen, but they tended to polarise viewer opinion along the way.

The use of CGI can be a tricky tightrope to walk, and brands risk veering close to ‘uncanny valley’ territory if it doesn’t quite come off. This can happen when something appears almost, but not exactly, like a real human being, and characters that are on the cusp of ‘real’ and ‘unreal’ tend to trigger negative emotions (categorised as ‘withdrawal’) among viewers.

Mr Clean could well fall into this category, due to interactions between the ‘real’ and ‘unreal’ characters on screen. The scenes showing Mr Clean dancing with the female character could feel incongruent to the brain, highlighting the unnatural aspect of the animation. Chances are the unexpected transformation of the computer-generated Mr Clean into the real-life husband at the end may well compound that.

The good news for Mr Clean however is that any feelings of ‘withdrawal’ among some viewers wasn’t universal. Some audiences clearly enjoyed the ad, succeeding in driving conversation online and creating the biggest social media moment during the game: more than 11,700 mentions in one minute.

Whilst it’s possible that only select elements of the ad didn’t play well with a portion of the audience, pricy Super Bowl ad slots can increase the stakes of success significantly. Turning off even a small number of viewers should therefore still encourage brands to think about how to improve for next time.

Planning the next play

As one of the most iconic and most viewed sporting events in the world, there is every chance that the price of Super Bowl spots will continue to rise (the price this year was double what it was in 2010).

So, even if Super Bowl Sunday is over for another year, brands should already be taking note and learning from the day’s success stories as much as those ads which failed to reach the touchline. After all, when it comes to engaging with consumers, share of voice does not necessarily mean a lasting share of mind.