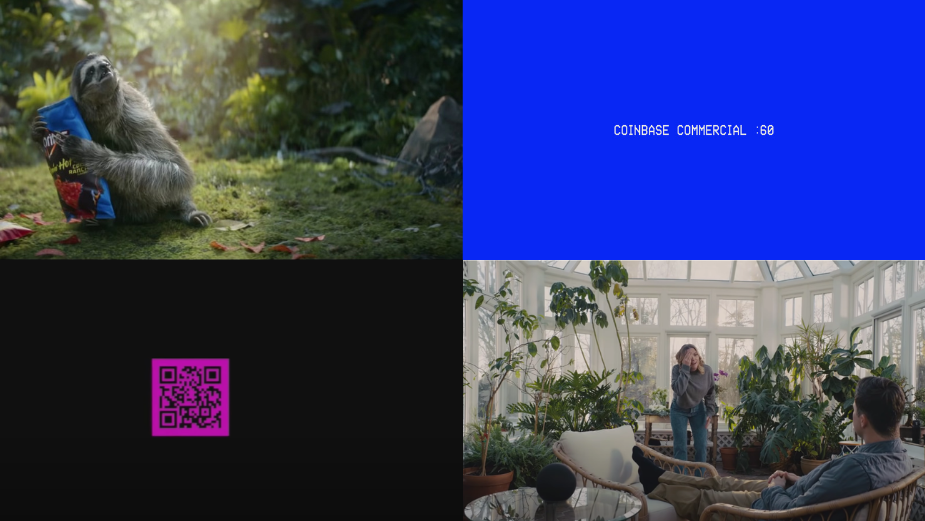 The Super Bowl is nothing short of the adland holy grail for many advertisers. It's the one place in which marketers in the US can get their brand in front of a captive audience of 100 million people - and many look forward to the ads as much as the game itself. And for 2022, following a pandemic year of trying to capture audiences across ever-dispersed channels - the ad spots sold out in just one week, with the most lucrative costing $7 million. Due to its rare, unrivalled in-size captive audience, budgets for Super Bowl spots and supporting content are at their highest as advertisers fight it out to see their ad make headlines, if not history.
And each year, there are clear winners, from Old Spice’s iconic 2010 ‘The man your man can smell like’ to Jeep’s 2020 effort with Bill Murray for its ‘Groundhog Day’ spot, and of course, Apple’s ‘1984’ offering that is regarded as starting it all - nailing a Super Bowl ad is every marketer and advertiser’s dream. Last year, Reddit’s Cannes Lions winning five-second ‘Wow, this actually worked,’ marked a moment for simplicity. And this year, Coinbase seems to have taken the crown for simplicity and effectiveness with its QR code stunt which crashed the platform’s app and made a watershed moment in the QR renaissance.
It's not just big celebrities, top-tier creative, and high production value that helps brands commit themselves to the history books. When it comes to sporting events in an age of always-on social media, a brand’s reactionary speed must be second to none.
At ReMake, it’s about enabling quality content at speed without compromise, because marketers can win out if they are equipped to react at breakneck speeds. Reactive content can help make a brand relevant, and when 53% of consumers prefer ads that make them laugh, a sense of humour goes a long way. Just five years ago, 34% of brands were reported to be moving to moment marketing. Now, it’s second nature for the world’s most successful brands.
The brands that can adapt, utilise, and lead a conversation are the winners. And this year’s Super Bowl is no different, says Daniel Robey, founder of ReMake, the slick MarTech solution that's ripping up the content versioning and localization rulebook offering agencies, brands, and in-house teams the production speed and scale 2022 demands, and beyond.
He says: “This year’s Super Bowl winners were the brands who reacted at lightning speed, taking their commercials beyond the small screen to every screen.” With reactive marketing, timing is everything - here are some of the speediest Super Bowl follow ups this year, picked out by ReMake and LBB.

It’s a given that audiences will react quickly, circulating memes and being a part of the cultural conversation online. But as Daniel says, “For brands, translating a high-budget, 30-second ad spot into social snippets and reactive content can perhaps be a daunting task.” One standout example from 2022’s event was the efforts of Doritos and Lays. Frito-Lay put out two Super Bowl commercials, ‘Golden Memories’ for Lays, and ‘Push it’ for Doritos and Cheetos Flamin’ Hot.
The latter is a celebrity heavy spot with Paul Rudd and Seth Rogan, and the former a CGI feat with hyper-real animal characters. Building on the two ads, both brands’ twitter accounts went into overdrive during the Super Bowl to share commentary, post their own competitions, and post videos and assets with their brand logos in response to events.
One post that stood out in particular shows the sloth from Doritos’ ad upside down, echoing 50 Cent’s entrance into the event - if you missed it, he appears suspended upside down, performing ‘In da club.’  Amazon was quick to react here too, with a tweet showing its Alexa device upside down - “Playing 50 Cent on repeat #AlexaMindReader.”
In these situations, brand managers need to act fast. For a 15 minute half time show, just a few minutes can mean missing the moment – and indeed delayed engagement is often a death knell for once viral moments, telling consumers that a brand is far from relevant, but out of touch. Daniel Robey explains how ReMake is a tool that can allow brands speed, agility, and flexibility in these high-stakes moments. The platform enables users to swap in and out, update, and version content at speed. “It’s ideal for when you need to add a twist to your brand logo, swap product shots, add witty one liners, and hyper-localise videos and images quickly,” he says. “Video is easier than ever to make - but expensive and complicated to localise.” That’s where ReMake comes in, who report to be cutting costs for global brands like  Unilever and Paramount Pictures, who are saving 80% of their content versioning budget and accelerating content production 10 fold.
All evidence points to video being the key for cementing interaction and engagement - 75% of marketers report that video has a better ROI than static content - so it was no surprise to see brands pushing out video content in reaction to the Super Bowl on Sunday. Brands of course had their own pre-prepared social posts, such as Crypto.com which followed up on its Super Bowl spot, with a 3D video recreation of LeBron’s 2003 bedroom to its 1.7 million followers, however, brands creating assets in the moment stood out for their ability to capture the ever-changing zeitgeist of online conversation.
Following a tricky 2021, this year’s Super Bowl appeared to show brands regaining confidence. Perhaps, as ReMake’s founder Daniel points out, brands can continue to grow their confidence by leveraging the potential of their assets by using tools tailored for Super Bowl moments, eager to work at the 'speed of sport.'
view more - Trends and Insight 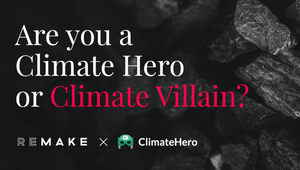 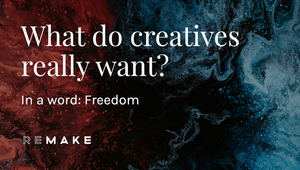 Give the Gift of Creative Freedom 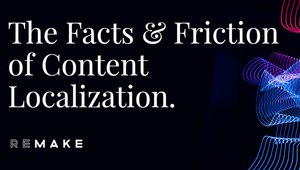 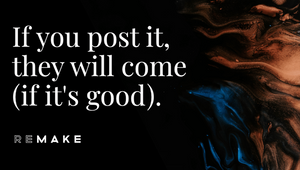 Moment Marketing: If You Post It, They Will Come (if it’s good)
View all News