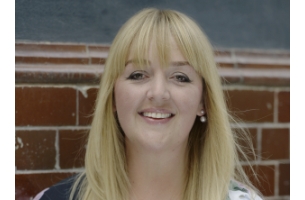 Sunshine, has hired Hollie Newton, Global Creative Director at Grey London, into the newly created role of Executive Creative Director. Hollie will report to Al MacCuish, founder and Chief Creative Officer at Sunshine when she starts in early September.

Al MacCuish commented: “Hollie represents the next generation of ECD: she can think as commercially as she can strategically, is as passionate about craft as she is about creating big ideas and she instinctively understands where brands can contribute to popular culture. Add to this the fact that she is incredibly optimistic and lovely, we couldn’t be more thrilled.”

Hollie joined Grey in September 2013 as Global Creative Director, after a successful four year spell at Wieden + Kennedy London. Having led and won the worldwide Volvo Cars pitch, Hollie has led a creative turnaround for the iconic Swedish brand, including the two-times Cannes Grand Prix winning Volvo ‘LifePaint’ project. Hollie recently added the much loved McVitie's account to her portfolio, alongside new business and creative innovation projects. Hollie started her career in digital at Engine then went on to join Nitro, where she worked on Foot Locker and Volvo, having graduated from Falmouth and Exeter.

Hollie Newton commented: “Sunshine is, by far, the most exciting creative agency right now, in perhaps the most exciting time Advertising's seen for decades. Their potential is enormous, and their sunny entrepreneurial spirit irresistible. To join an independent, rapidly growing agency - with all the freedom that brings - gives us the chance to define our own future. A completely different shape of work. If I can just work out how to get there from Shepherds Bush, we'll be off to a flying start.”