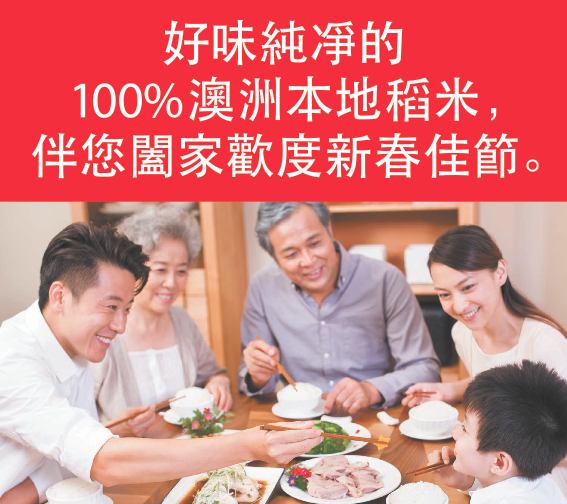 Launching this week when family feasting within the Asian community is at its zenith for Lunar New Year, the campaign is spearheaded by the relaunch of key brands Sunwhite and SunLong and is supported by 2 different FPC national print advertisements and PR.

Thang Ngo, general manager of Etcom said the Sunwhite and Sunlong brands are well loved throughout Australia’s Asian community. However, Etcom research found that, although the community loved the great taste of SunRice rice and the fact that it is Australian-produced, consumers wanted to be able to clearly see the rice grains so they could check the freshness of the product for themselves.

“The campaign was developed as an engaging way to capture the attention of the Australian Chinese and Vietnamese communities during this important festival period. Lunar New Year is a time of family feasting for over a million Asian-Australians and rice is the signature dish on the table. Consumers wanted to be sure their rice is fresh and Australian-produced," said Ngo.

“Our creative solution and SunRice’s new packaging literally does that by featuring the Australian map and an innovative new see through cross-section.”

The new packaging is especially produced for local Asian grocery stores is the first campaign Etcom has launched for SunRice since being appointed as its agency of choice last year. The consumer packaging research and key learnings from the Australian campaigns will help SunRice position their overseas marketing.