TBWA\Asia boosts production capabilities with the launch of Bolt 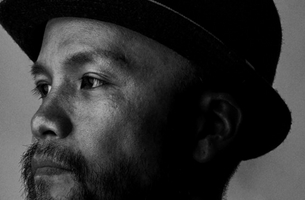 TBWA\Asia has ambitious targets in place in the dynamic production space, further investing in its people with the appointment of Sung Lin Gun as regional head of post-production at BOLT, a newly launched production capability in Asia.

Said Ian Pearman, president TBWA\Asia: “From day one, BOLT will be a robust, dynamic production powerhouse, serving the rapidly growing content needs of TBWA clients and offices across the region. BOLT will offer the full stack of production services, from origination to post production, and will incorporate the open-source commissioning platform - Flare Studios – we launched in Asia this year which provides TBWA teams and clients with direct access to 16,000 makers.

“With the explosion in programmatic media and the opportunity of highly tailored creativity it brings, we believe there is a massive opportunity for post-production to not just finish but to originate high quality assets for clients at ever lower cost, and that requires a new level of skill, experience and ambition. Which is why we are so pleased Lin Gun is joining us.”

Sung Lin Gun’s experience is extensive having worked across multiple markets, most recently in China where he spent four years heading up the movie making arm of one of Beijing’s largest VFX post production houses. Prior to this, Lin Gun founded Peach Blossom Media, a pioneering animation studio in Singapore where he produced and directed various TV series and feature films, which ran across global networks including; NBC, Disney Channel and Discovery Channel.  Lin Gun was also a director and partner at Imaginary Friends Studio, one of the top design/illustration houses in the world, creating artwork for movies, comic-book and video games, like Batman, Star Wars and Street Fighter.

Lin Gun’s work has also been recognised at a global level, picking up ‘Best Animated Feature Film’ at the Golden Bell awards, as well as being nominated, twice, for an Emmy for executive producer and director.

Sung Lin Gun commented: “BOLT will deliver high quality VFX and post production across Asia; eliminating the various layers of process when work is managed beyond our region. Asia’s digital platforms are distinctive, especially in China, resulting in new forms of digital content, which requires unconventional thinking. So ideally, we want to reach the stage of nirvana whereby whatever our talented creatives can dream up, we can create quickly, seamlessly and beautifully.”

BOLT is in the midst of hiring some of the best artists with a broad depth of experience that includes working on blockbuster feature films, animation and TV series.  The goal is to build up a talented team who will deliver world-class quality work.

Lin Gun concluded: “I’m overjoyed to be joining BOLT. I talked to many agency groups in my search for the next opportunity, but TBWA have a level of disruptive ambition which stood head and shoulders above. I look forward to help make those ambitions a reality.”