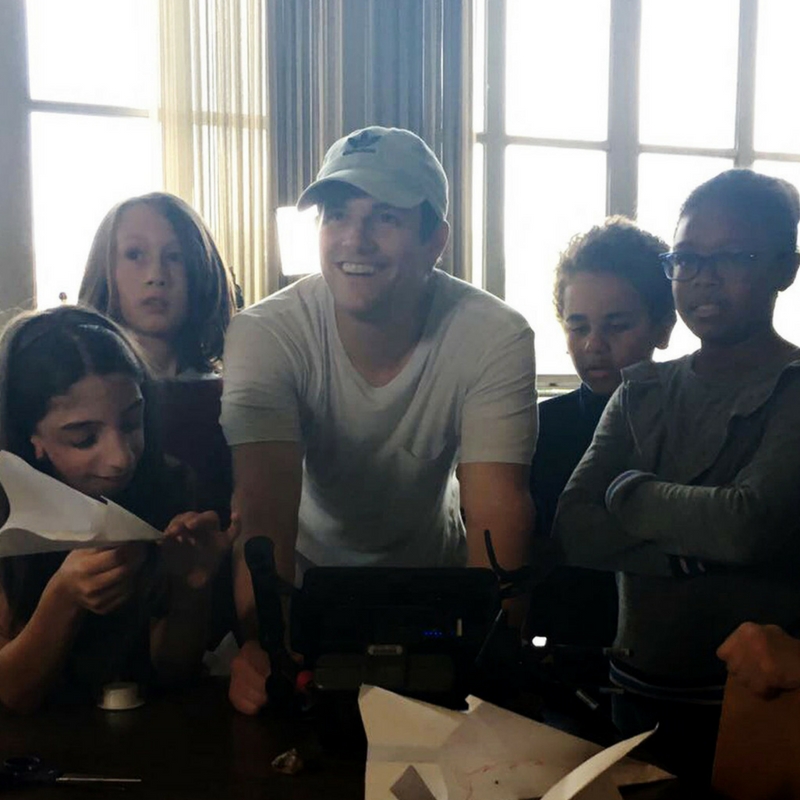 Director Steve Hoover, whose documentary work has won awards at the Sundance Film Festival and screened at the Tribeca Film Festival, has joined the directorial roster at the New York production company Variable. The signing was announced by Variable partners Tyler Ginter, Executive Producer, and Jonathan Bregel, Director. To view Steve’s work, go to: WeAreVariable.com/steve.

Hoover’s reel reflects his work as a feature documentary director in its mix of premium cinematography and an emphasis on visual storytelling and human connection. It includes spots and branded content films for Gap Kids, Walmart, National Geographic, Google and ESPN.

In joining Variable, Hoover says he hopes to tackle more complex and fulfilling advertising assignments, and cites as evidence their first collaboration, a documentary film, “It Takes a Village” for Gap Kids produced through Shebang Creative Studio. It consists of four segments, each highlighting amazing teachers, parents and mentors who take the time every day to dress kids with courage, kindness and possibility.

One segment, titled “Forward with Kindness,” features Jacob Tremblay, who plays Auggie Pullman in Lionsgate’s “Wonder,” along with New York Times bestselling author R.J. Palacio, who wrote the book on which the film is based. Opening on November 17, “Wonder” tells the story of a boy born with facial differences who teaches a classroom and community to move forward with kindness.

Another segment, “Mantra,” profiles Philadelphia teacher Jasmyn Wright, who uses mantras to help build her students’ confidence and equip them with the skills to approach any challenge with a positive mindset. This segment has been covered extensively by local Philadelphia news media. To view the long-form version of “It Takes a Village,”.

Hoover’s first feature-length documentary, “Blood Brother,” premiered at Sundance in 2013, where it won the Grand Jury Prize and the Audience Choice Award for best U.S. feature length documentary. His second feature documentary, “Almost Holy,” was executive produced by Terrence Malick and premiered at the 2015 Tribeca Film Festival. Scored by Atticus Ross (“The Social Network,” “The Girl with the Dragon Tattoo”), it’s since won numerous awards at festivals around the world.

“We’ve been following Steve as a director since before we launched Variable, and he’s always been ahead of the curve creatively,” says Bregel. “We’ve looked up to him and his work and we consider him to be among the very best feature documentary filmmakers in the industry.”

“And while our focus at Variable is on branded content and advertising, we have a deep love for cinema and the documentary genre,” adds Ginter. “A lot of the work we produce keeps those sensibilities in mind. Steve fits right in with our culture, vision and values. His skills as a filmmaker and an artist will help us create deeper emotional stories for our clients.”

Hoover’s documentary credentials blossomed over the past few years, with his work as both director and editor on “Blood Brother” and “Almost Holy.” Both tell stories of individuals who’ve given their lives over to helping others. In the former, Hoover traveled to India to film a close friend who’d committed to his role as a teacher at a home for AIDS-afflicted children. The latter documented the real-life story of a hard-driving Ukrainian priest who resorts to almost anything to help rehabilitate drug-addicted young people. In addition to its festivals and awards, it enjoyed theatrical runs in the U.S. and the U.K.

Hoover says he knew of Variable’s work and connected with Ginter and Bregel through film festivals and screenings of his films. Their relationship and trust continued to build over the years.

What attracted him to the company? “I talked about my career in advertising with Tyler, and he laid out a map. It included where I was now, where Variable is as a company, and where we want to go together. It was this vision that was most attractive; I knew the support and collaboration would make it a great environment for me as a filmmaker, but with this strategic approach, I could see a clear goal, and a clear path to achieving it.”

Bregel says Hoover’s feature documentaries have proven his ability to tell bigger stories on a wider canvas, and his visual style as a filmmaker represents a marriage of the documentary and narrative sensibilities apparent in much of Variable’s work. “Steve truly gets it, and to have someone like him to lean on as a creative collaborator at Variable gives us a lot of confidence in the stories we’re excited to tell.”