Suit Up! 72andSunny's COD Ad Will Take You on an Action-packed Ride 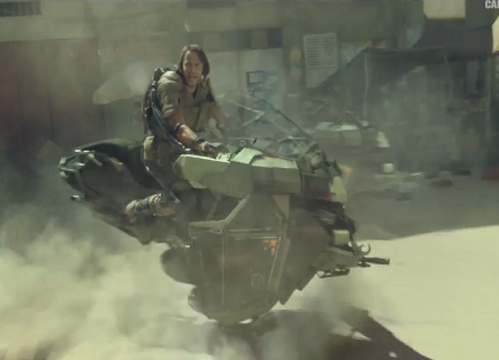 In advance of the November 3rd release of Call of Duty: Advanced Warfare, 72andSunny isn’t just showing viewers the greatest action game they’ve ever seen, they are letting them actually live it.

In the new launch trailer, directed by Peter Berg, viewers are instantly dropped into an intense action sequence with Taylor Kitsch, best known for his role in NBC's Friday Night Lights and star of the coming season of HBO's True Detective with Colin Farrell and Vince Vaughn. Together, the viewer and Kitsch discover how the technology of Advanced Warfare radically transforms combat as they journey through a battle taking place in 2059.

The trailer was shot from a first person perspective, making it feel as if you are an advanced soldier, actually operating the gadgets, throwing the grenades and free-falling from building tops, all the while experiencing how the new weapons, future technology, and gear might work in the game.

A new era for the franchise, Call of Duty: Advanced Warfare was built on an expanded three-year development cycle by Sledgehammer Games, the first new studio leading Call of Duty development in a decade. Call of Duty: Advanced Warfare jolts players forward in a groundbreaking experience that’s ripped-from-the-headlines-of-tomorrow, envisioning a future where both technology and tactics have evolved to usher in a new era of combat for the franchise.

This is the second time that Emmy-nominated Pony Show director Peter Berg worked on the Call of Duty franchise, having previously directed the live action trailer for Call of Duty: Modern Warfare 3 starring Jonah Hill and Sam Worthington. The spot includes VFX from MPC LA, including heavy CG effect, carefully rigged pyrotechnics, and meticulously timed and choreographed stunts. Berg was also reunited with Kitsch, who he previously directed in “Friday Night Lights,” Lone Survivor and Battleship.