Sugar&Partners Celebrates Moral Victory With Aucklanders Over Ports of Auckland 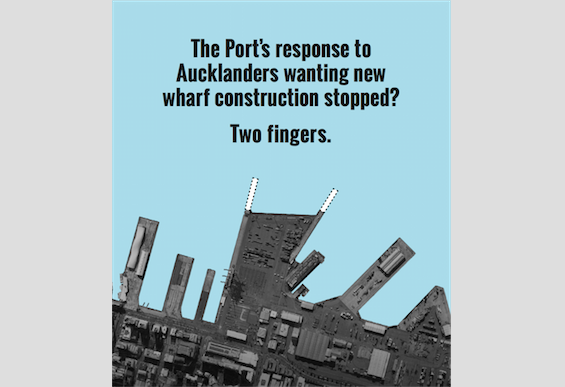 Since March of this year K-Rd independent agency Sugar&Partners has been part of a wider group of Aucklanders successfully protesting against the 100m expansions of the Ports of Auckland into the Waitamata Harbour.

In June the High Court ruled the Ports of Auckland’s consents invalid,  halting work that had already begun. Partner groups Stop Stealing our Harbour and Urban Auckland, a society of architects and planning professionals, have led the ongoing protests.

“We’re a bunch of passionate Aucklanders at the agency and supporting this cause through its initial win and in an ongoing way is hugely rewarding,“ said Sugar&Partners creative and digital director Dave Nash.

“Anyone who’s been up to Ostro or Seafarers recently can only imagine what our waterfront could be opposed to an even bigger carpark!,” he said.

Sugar&Partners created protest material and an activation website where people can sign up to the cause and take part in a virtual occupation of Bledisloe Wharf.

Once you’ve signed up and taken your place on the wharf, you can see who else is with you by hovering over other people on the wharf.

The website was pulled together with a bunch of ideas over a weekend before the initial protest march with Sugar and dev shop partner Boys From the Factory.  Thousands of passionate kiwis have shown their support already. 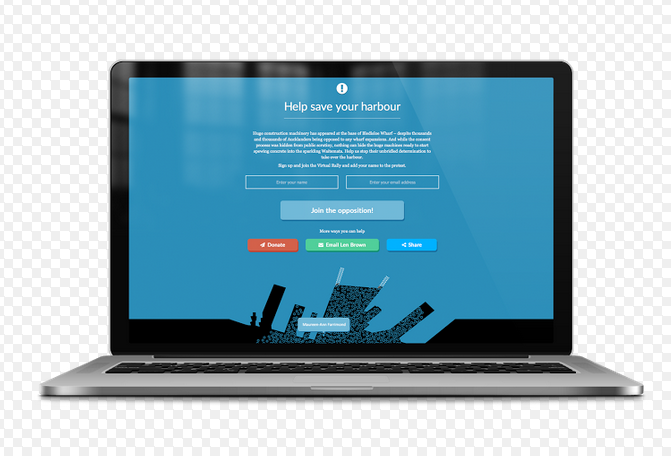