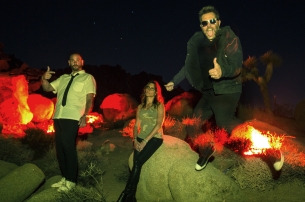 As part of its California expansion, Sugar Film Production brings on West Coast consultant and former EP of Anonymous Content and Propaganda Andy Traines to handle West Coast development and marketing. Santa Monica -- the homebase of the production company’s award-winning director Chris Smith – is now headquarters for the company’s high volume of national jobs and clients.

“We are excited to take Sugar to this next level,” says Miglini. “Our growing slate of jobs for national and International brands and agencies make opening a West Coast office a natural progression.” National clients Sugar has worked with recently include Time Warner Cable, Shell, Bridgestone, Ram, Ford, Tire Rack and Nestle, among others.

“I’ve lived in Santa Monica the last few years now, and considering how much we shoot in California it’s become more than a convenience, but a necessity to expand out here,” says Smith. “Sugar has grown into an A-list company and we’re in good company here in the Santa Monica production community.” Sugar maintains its successful Dallas office, which frequently works with agencies such as The Richards Group on a wide diverse range of commercial projects.

Sugar and their growing directorial roster have established themselves as a go-to, versatile production resource for both comedy and meticulously composed visual storytelling spots.  Buzzed-about Super Bowl spots and large-scale campaigns are delivered in a friendly, ego-free environment – a work ethos that explains, in part, why Sugar’s list of repeat clients is so extensive.