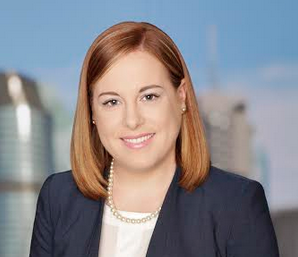 In a move aimed at bridging the communications gap between business and government, STW Group has launched a new public affairs division to focus solely on copywriting and the production of content specifically for government sector audiences.

Launched this week, Ink Tank will aim to assist companies and organisations to communicate effectively with government using the written word, including the development of government submissions, grant applications and tender responses, through to policy papers and fact sheets to support meetings with government.

Headed by STW Government Relations analyst Lauren Clark, Ink Tank will draw on the existing and significant talent pool within STW to provide its unique services, fuelled by government relations experts with strong experience and proven expertise in writing for a wide variety government audiences.

Clark herself has extensive experience in working with companies to effectively build relationships with – and appropriately communicate to – governments at a broad range of levels.

During her career, she has become increasingly aware of how many organisations struggle to communicate in a way that that can be easily understood by a broad range of government stakeholders, from administrative assistants, procurement officers, through to ministerial advisers or departmental heads.

In addition, she noticed while government relations professionals can guide organisations through their government interactions, many clients then lack the internal capacity to follow up a meeting with a written policy paper, or submit a response to a Parliamentary Inquiry.

“Meetings are hugely important, but governments also have so many reviews and formal processes that require well-articulated written communiques. I have noticed that clients often struggle to meet the written communication requirements of governments, both in terms of quality of documents and their written style,” she explained.

“In turn, while businesses often struggle to grapple the communication style of government, governments also struggle with the fact that the businesses and not-for-profits don’t communicate with them in a way that meets their information needs,” she said.

To overcome this communication divide, Clark has teamed with STW to launch the new division which – unlike other public affairs offerings – will focus purely on providing writing services, leaving the high-level consulting to fellow STW Group agencies Barton Deakin and Hawker Britton.

Ink Tank will draw on existing talent from within the STW Group in Sydney, Canberra, Perth, Melbourne and Brisbane to provide the service to clients.  It is part of STW, Australasia’s leading marketing content and communications services group.