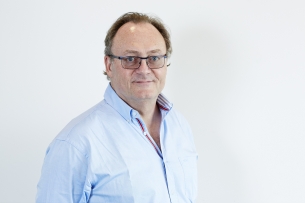 Globally renowned and highly-awarded creative Simon Collins has moved back to Australia to head up the creative capability of ‘1 Kent Street’ a new STW brand, offering a collective of  senior professionals able to quickly respond to large-scale and unique briefs.

Beginning this week, Collins’ role will see him work alongside Chief Strategy Officer Rose Herceg, Group Business Director Rob Currie, and other key experts from within the group as and when required, the 1 Kent St collective will work on “high-level, complex  briefs that require a unique and deep level of engagement”, according to STW CEO, Michael Connaghan.

“The purpose of 1 Kent St is not to replicate anything our existing agencies currently provide, but to help clients who may need a  complex, high-level response for a major project or to a business, government or social issue.  1 Kent St is essentially a roving group executives able to turn their focus to solving these problems, and developing a response in an instant. They are unencumbered with the running of any one specific agency, so they can offer a rare flexibility.

“As a result, they are able to quickly immerse themselves in developing a solution without disrupting agency workflow and other client demands,” he said.

Connaghan said Collins’ 25-year plus creative career, teamed with his local experience and global perspective made him ideal for the role, and to work within the 1 Kent St collective.

“Simon is an outstanding creative who has an ability to get to the heart of a problem quickly, and develop unique and highly effective creative solutions.  He’s also worked with, and helped to develop some of the industry’s most talented staff in a range of markets, and will bring a highly desirable combination of quick thinking and solutions-based creativity to the role.”

As part of his broader remit, Collins is also tasked with mentoring creatives across the group housed within the Kent Street campus* in addition to consulting, assisting with pitches, and developing creative talent.

It is not the first time Collins has worked with Connaghan; the two first forged a strong working relationship in 2004 at JWT Australia.  Collins said of his move back to Australia and STW: “I couldn’t pass up the opportunity to work in New York, enjoyed my time in London, but always intended to come back to Australia if the right job was offered,” he said.

“This is that job. I am incredibly excited by the prospect of working with Mike Connaghan again, and with the great team he’s assembled at STW.”

Collins said apart from the opportunity to work with STW’s talented pool of creatives, he was also looking forward to the challenge of working within the 1 Kent St collective.  “I have always believed that every client is unique, and therefore needs a unique response to every problem,” he said.  “Quickly immersing myself in a client’s business and getting to the heart of a brief has always been a key part of my approach, which fits perfectly with the 1 Kent St thinking.”

One of Australia’s most awarded creatives, Collins was CD of the Campaign Palace in Sydney and Melbourne in the 1990’s, before launching his own agency, Collins Thomas Cullen in 2000.  The agency was sold to WPP in 2004, and Collins became ECD of JWT Australia (where he first worked with Mike Connaghan).  He then moved to New York, where he worked at Y&R as Global Creative director of New Business. He then became European CD on the Colgate Palmolive business, dividing his time between the NY and Paris offices.

He also spent several years at EURO RCG (HAVAS) London, where he was Global CD on Reckitt Benckiser business, and a key creative in the successful 2010 Conservative general election campaign.  During this time he also worked as Global CD on Australian Wool Innovation (The Woolmark), creating the global ‘No Finer Feeling’ campaign which re-launched Australian wool as the most desirable fibre in the international high fashion category.

In 2011, he left EURO to set up a London-based international creative consultancy, with clients including AWI (Australian Wool) and Quorn (international food brand).