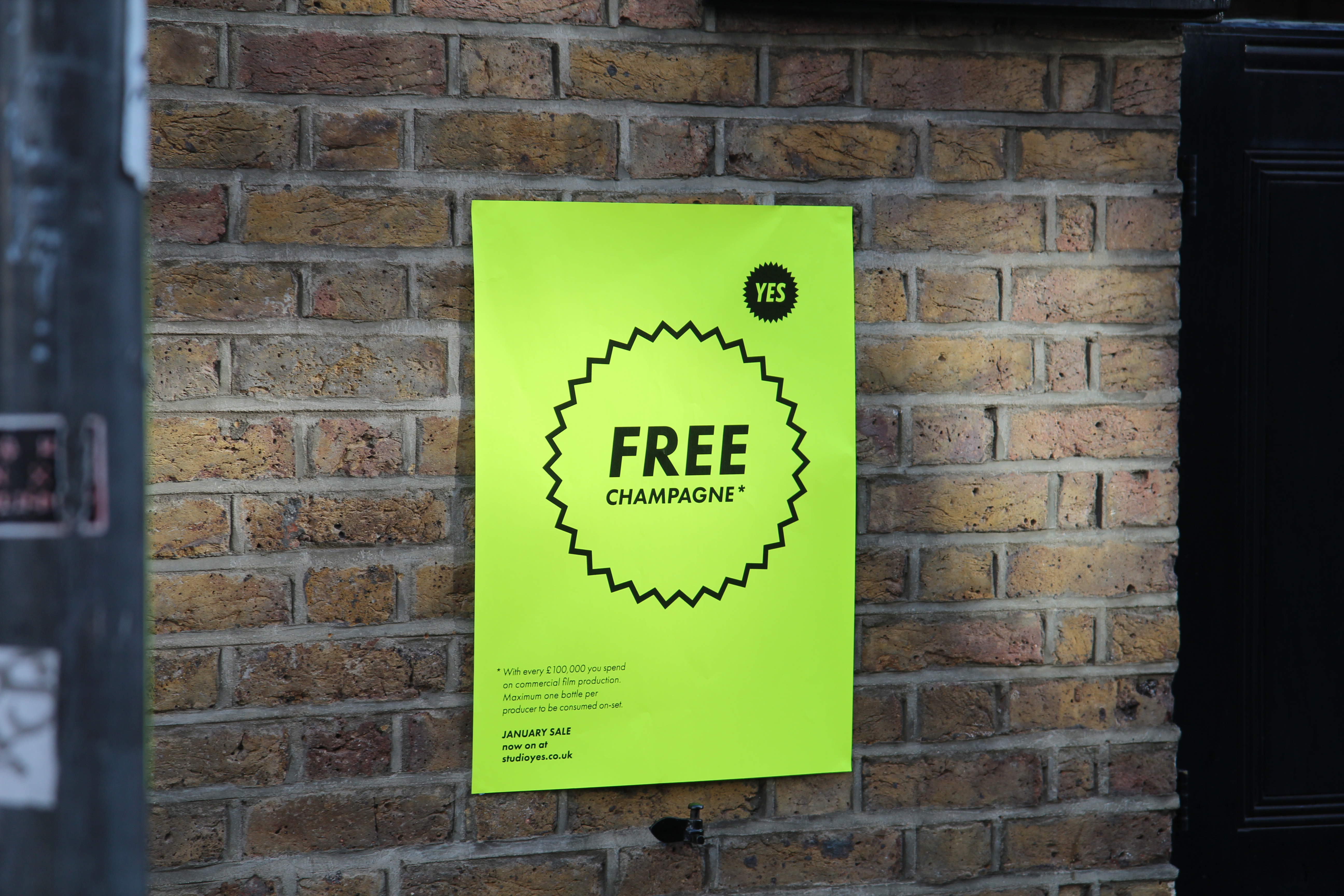 This January, Studio Yes created some special promotional material in homage to classic sales tactics we are flooded with at this time of year.

They printed a range of tongue-in-cheek special offers onto neon postcards which were then distributed to ad agencies across the UK. Offers included:

SALE SALE SALE SALE* …… *Receive £5 off every £100,000 spent on film production this January. Simply shout out ‘Gimme a fiver!’ to a producer on-set to redeem.

FREE TRIP TO NEW YORK* …… *Spend £250,000 with Studio Yes this January and we’ll give you an all expenses paid trip to New York (Lincolnshire).

FREE CHAMPAGNE* …… *With every £100,000 you spend on commercial film production. Maximum one bottle per producer to be consumed on-set.

These were accompanied with personalised notes. The Studio Yes team also went one step further and printed messages onto neon posters which they stationed outside prominent ad agencies across London. As of yet, nobody has managed to get the toy speedboat engine running...