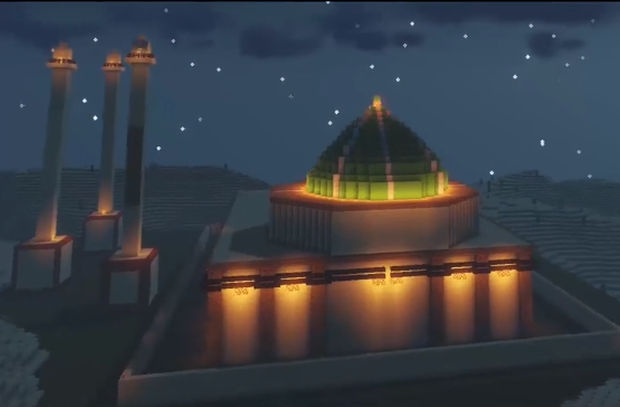 In the few past years, a great number of historic buildings in the Middle East have been destroyed by countless wars. This huge cultural loss has an even greater impact for the next generations, who will never be able to see or visit these places. With this in mind, creative agency Africa created the History Blocks project with the support of UNESCO. It is an initiative that takes place inside Minecraft Education Edition, a Microsoft platform used in schools around the world. The project counted on the participation of teachers who guided the collaborative building of monuments that had been destroyed in the Middle East and that had already been projected in the platform.

The History Blocks pilot project was launched in February this year at Escola Bosque, recognised by Microsoft and UNESCO as a model school in the use of technology as a teaching tool in Brazil. The school was chosen to receive the project’s prototype and test how the initiative was going to be received by students. The digital recreations of two great monuments were successfully completed by the students in approximately two weeks.

“It is surprising to see the level of the students’ engagement in the History Blocks project. At the same time that they solve complex geometry, logic, and abstract challenges, it’s possible to see how they get involved with the culture and history behind the monuments and their destruction. For many of them, it was their first contact with concepts such as cultural destruction and ideology oppression, and through this experience we showed them the importance of preserving world heritage sites,” says Silvia Scuracchio, M.D. in school psychology, who is the pedagogical director of Escola Bosque.

The project was conceived and developed by Africa and is already present in schools in over 30 countries with the goal and the goal is to expand it even further. Any school that uses the Minecraft Education Edition will be able to access the pedagogical plan, which was developed with the support of Professor Francisco Tupy who holds a Ph.D. in Video Games in Education and is one of Minecraft's global mentors. The step by step guide is also available in the project’s site.

“Technology is a tool to transform education and bring to life methods that used to be unthinkable when it comes to teaching. The project on the Unesco’s world heritage sites opens the door for students all over the world to study important monuments of our history,” says Daniel Maia, manager for academic projects at Microsoft Brazil.