Stuart Gillies Shoots This Beautifully Poetic Short ‘Heaven or Whatever’ 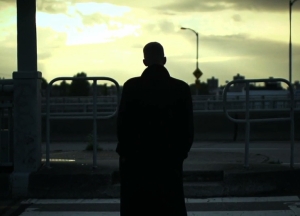 Director Stuart Gillies has collaborated with celebrated poet Shane Koyczan to create this beautiful film for the track ‘Heaven or Whatever’ taken from Shane’s new album ‘Silence is a Song I Know all the Words to’.

This is the second time Stuart has worked with Shane as the two are not only old friends but also first worked together on Stuart’s earlier short film ‘Elliot’ in 2010.

Great Guns produced the film after Stuart approached founder and CEO Laura Gregory and pitched to her Shane’s poem and the treatment.  Shane had been asked to present one of his poems at the Gala night of the VIFF and he asked Stuart to make the film for it.  ‘Heaven or Whatever’ project is the second short film collaboration between Great Guns, Laura and Stuart, the first being the highly awarded Rutger Hauer piece, ‘TURN’.

“I had heard the track in the summer of last year and told Shane how infatuated I had been with it since I had heard it. He asked me to make the film for the track and I jumped at the chance since his last poem ‘To This Day’ has got over 14 million hits on You Tube”, comments Stuart.

The film, which was shot on location in Vancouver over 3 days on the Sony FS700 debuted at the  VIFF on October 10th.

Interestingly the cast are all local Vancouver poets and artists who are friends with both Shane and Stuart.

“The most challenging aspect of the film was the fact that there were different story lines that had to link together” Stuart comments, “We really didn’t want the film to be too literal but we wanted to have a nice blend of themes and scenes, getting that blend right was the most difficult aspect”.