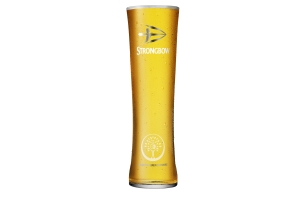 With just under 100 days to go until Rio 2016, Strongbow has announced that it will be an Official Partner of Team GB, having signed an exclusive agreement with the British Olympic Association.

This is the first time that Strongbow has been an Official Partner of Team GB and will see the two great British institutions come together, rallying support for our competitors at the forthcoming games. Strongbow is a proud British success story, reflecting its heritage and Herefordshire-grown apples that are used in the world famous cider.

Building on the feel-good factor from London 2012, Strongbow aims to unify the nation to support Team GB by launching a campaign with the theme: Supporting the supporters. The sponsorship will be supported by a multi-million pound media campaign and Heineken will be working with its customers to develop bespoke plans for their consumers.

Cindy Tervoort, marketing director for brand-owner Heineken commented: “We want to bring back the excitement we all felt during London 2012 and rally the nation to get behind Team GB. The pride and enthusiasm we experienced as a nation in 2012 was incredibly special, and we anticipate that our campaign will help the nation feel it once again.

“We know how important the Olympics are for them, and our marketing will firmly position ourselves as supporting the supporters.”

Bill Sweeney, CEO, British Olympic Association, added: “The fans made the difference in 2012 and with the team competing some 6,000 miles away in Rio we want to make sure they know they have the whole nation behind them all over again.  Strongbow’s commitment to supporting the supporters and celebrating success is a great way of embracing that passion for our Olympians.”

Strongbow, the UK’s number one cider and made in Herefordshire using 100% British apples, will be available to invited guests visiting the Team GB Clubhouse in London. The partnership highlights Heineken’s position as the UK’s leading cider and business, and provides a platform from which to demonstrate its commitment to the cider category.