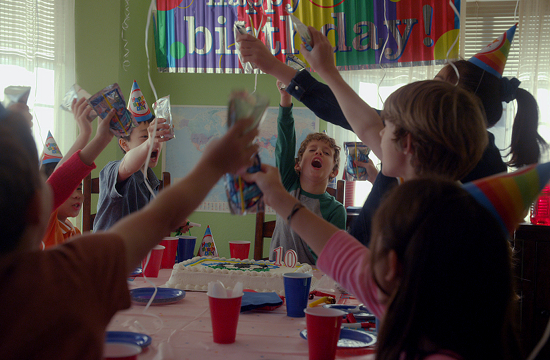 Facebook is officially a decade old.  To celebrate hitting the big 1-o, the brand approached Strike Anywhere to collaborate on a piece of content for its big day.

Strike Anywhere’s short-yet-sweet video captures the spirit of turning 10 with a series of clips of children’s birthdays from around the world.  The joy on the kids’ faces is uplifting and an invitation for the viewer to wax nostalgic on their own 10th birthday.

Authentic celebrations in various countries with their individual customs roll past with the uniting factor as candles, song, and excitement, with the multicultural aspect of the video emphasizing the worldwide reach of Facebook.  At the end of the video, as the excitement wanes and one thinks of all that Facebook has accomplished in 10 years, it’s easy to wonder what the next 10 have in store.