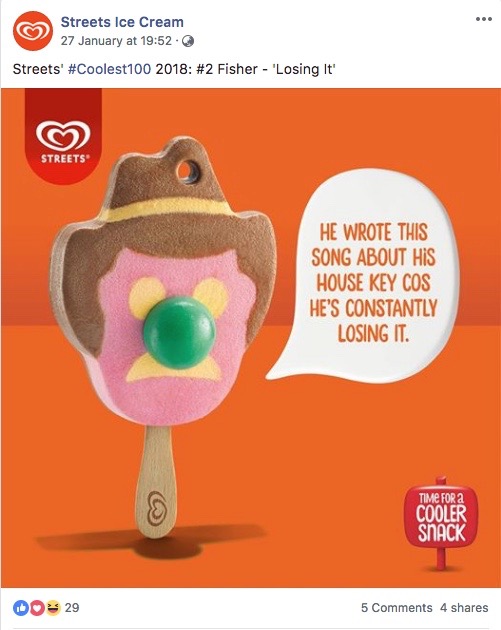 From Golden Gaytime to Bubble O'Bill, Streets' ice creams are some of Australia's most iconic frozen snacks and for several years, they've been offering pun-tastic commentary on Australian life. Tennis, cricket, the weather - whatever Aussies are talking about around the water cooler - Streets ice creams are talking about it too. So, when Australia's most talked about music countdown came around, Triple J's Hottest 100, the opportunity to join the conversation was too delicious to pass up.

Inspired by the countdown, Streets and agencies DDB Sydney, Mango Communications and PHD Media identified a creative and very ambitious way to pay tribute to the Hottest 100, by creating a countdown of their own: The Coolest 100.
As Triple J announced a song, Streets also announced it in real time with a piece of creative specifically tailored to it. In a massive creative challenge over the course of eight hours last Sunday, 100 bespoke pieces of Talking Ice Cream creative were posted to Streets' Facebook page. 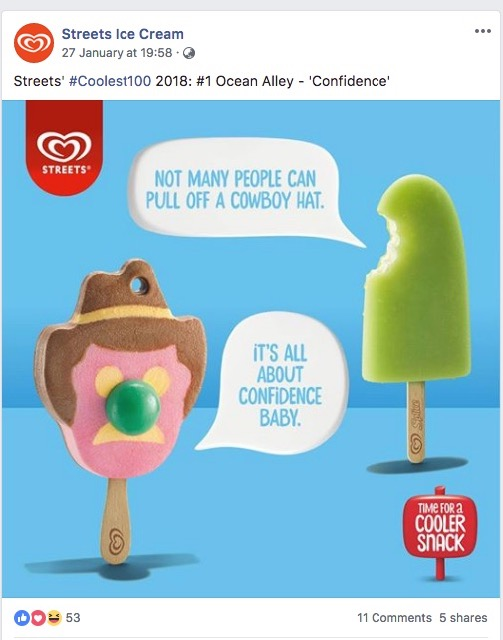 The countdown celebrated the artists and their songs, whilst at the same time Streets supported the countdown's charity partner, Lifeline with a donation.
Says Paul Connell, GM and marketing director - refreshments, Unilever ANZ: "Both Triple J's Hottest 100 and Streets Ice Cream are synonymous with summer. We loved the idea of having some fun as Aussies listened along and letting our Talking Ice Creams have a chat as only they can. We're also proud to make a difference to Lifeline, helping them connect with young Aussies when they need it most."
Says Ben Welsh, chief creative officer, DDB Australia: "I often dismiss pun-based creative immediately, but the sheer volume of it this time made that impossible. What the team pulled off took tremendous effort, and in the end I joined thousands of other music-loving Australians and lapped it up like a melted Calippo." 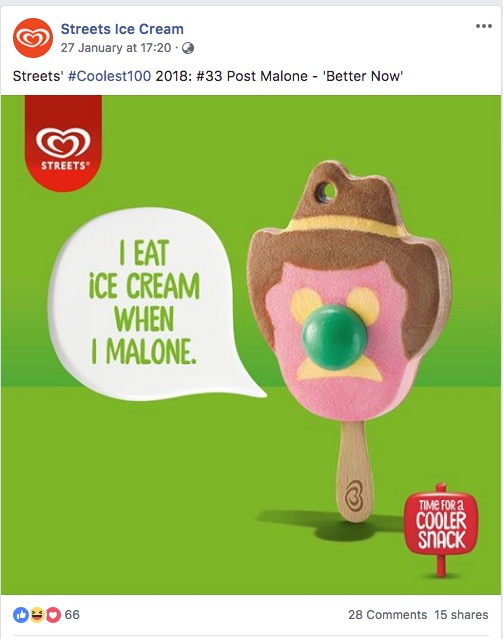