Street Heroines captures the spirit of female street artists from around the world, shining a light on their mission for creative expression and their mission to overcome sexism through art 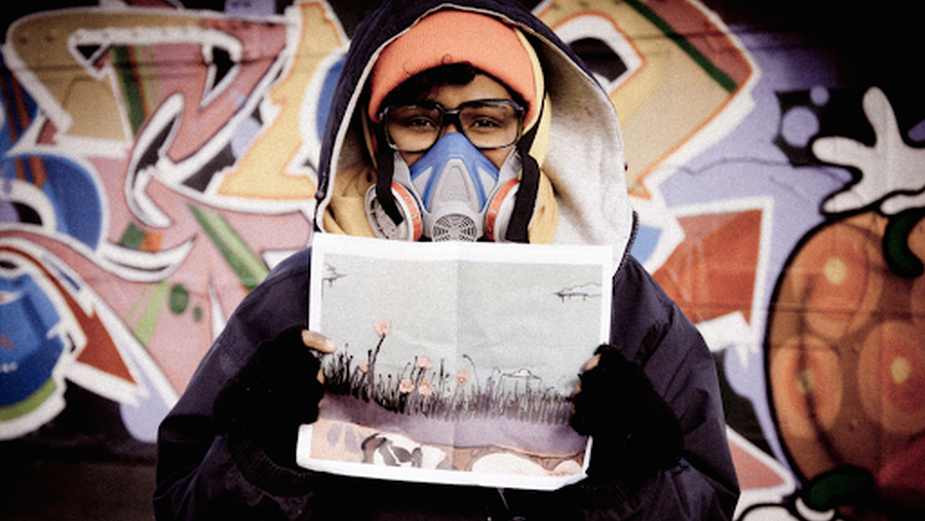 Street Heroines will screen on March 31st in ski paradise at the Sun Valley Film Festival in Sun Valley, Idaho. The festival spans March 30th - April 3rd and guests can attend live in the theater or from the comfort of their own homes. Passes include access to festival films, panels and parties.

Following TooFly, Fusca, and Magrela, Street Heroines captures the spirit of female street artists from around the world, shining a light on their mission for creative expression and their mission to overcome sexism through art. Punctuated by historical anecdotes from pioneering NY-based artists Lady Pink, Claw Money, Swoon, Lady Aiko, and iconic graffiti photographer Martha Cooper, Street Heroines is the first-of-its-kind documentary to capture the collective outcry of female street artists from around the world. The film was produced by Jordan Noël Hawkes, who grew up in Sun Valley, Idaho where she graduated from Sun Valley Community School before studying film at Occidental College. She speaks Spanish and Portuguese, which was an asset during the filming process for Street Heroines where she shot on location to capture the artists’ creativity and cultural expression.

Since 2012, Sun Valley Film Festival has celebrated the magic of storytelling, inviting fans and filmmakers to its widely-acclaimed ski resort. The festival aims to develop professionals and showcases the process of filmmaking including grants. The festival includes TV premieres, industry panels, conversations with entertainment icons, and parties. The Festival attracts Hollwyood legends such as Clint Eastwood, Jodie Foster, Gwyneth Paltrow, Geena Davis and Oliver Stone as well as avant-garde writers and filmmakers.

Director Alexandra Henry is a New Mexico-raised and Brooklyn-based multilingual director with over 13 years of international experience in film and branded entertainment. She was selected for SHOOT Magazine's highly regarded New Directors Showcase and was named a finalist for the STARZ & The Wrap Women’s ‘Telling Our Stories’ film contest. The majority-female Street Heroines filmmaking team includes Producer Jordan Noël Hawkes and Executive Producer Zahra Sherzad and is presented in partnership with Some Serious Business and with support from New York Foundation for the Arts.