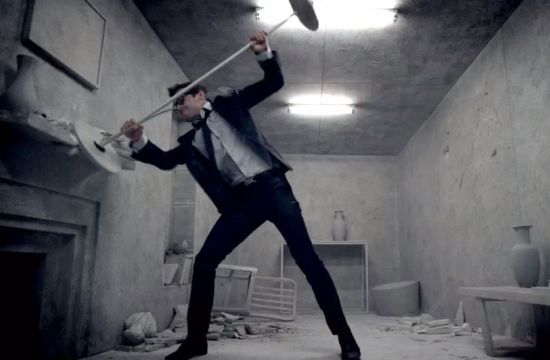 LG have launched their new phone, the Optimus G with an ad campaign created by strawberryfrog in New York.  The Optimus G is LG’s new competitor to the iPhone 5 and the Samsung Galaxy.  At the centerpiece of the launch is an arresting commercial entitled, ‘Prison Break’, shot in :60, :30 and :15 versions.  The spot reflects the LG Optimus G attitude of breaking boundaries, both from the establishment and the status quo brands.  The work conveys a clear message:  what was once impossible is now possible, with the all-new LG Optimus G.

The Optimus G is LG’s flagship mobile phone. It has perfected exclusive features that are unique to LG, and is powered by a QuadCore processor, True HD screen and LTE giving it an extra boost.  The Optimus G features QSlide, providing the ability to run two tasks on one screen at full size, for streamlined, uninterrupted multi-tasking.  Additionally, the Video Zoom, provides the ability to live zoom while watching video.
Scott Goodson, Founder & Chairman, strawberryfrog, stated, “LG's new Optimus G is a game changing smart phone. LG asked strawberryfrog to help them define a new chapter, challenging Apple and Samsung. Our first major national campaign blows the walls out."
view more - Creative