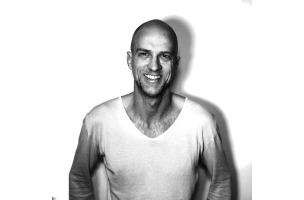 New York based innovation and brand strategy consultancy, Sylvain Labs, announced today the launch of its Amsterdam office--the company's first venture outside the U.S. market.  Founded in 2010, Sylvain Labs is a team of senior level Strategists working in partnership with a client roster that includes the likes of: General Motors, Google, Patagonia, Pepsico and Verizon. The company works directly with internal innovation and brand teams to develop new products, enhance marketing and brand strategies, and create new revenue streams. The company is a creatively-driven strategic planning consulting company led by Alain Sylvain, an industry veteran with a tenure that includes Mother, Wieden+Kennedy, and others.

Hired to lead the Amsterdam operation is Uli Kurtenbach. Uli spent 10 years on the strategy side at Wieden+Kennedy Amsterdam before moving on to become Managing Partner of Naked Communications. Most recently, Uli held post as Director of Strategy at multinational advertising agency, Amsterdam Worldwide. He has helped create award-winning ideas for leading brands such as: Adidas, Carlsberg, Intel, Microsoft, MTV, Nike, P&G, Vodafone and Siemens.

The decision to expand Sylvain Labs internationally comes both as more European-based brands are actively seeking alternatives to large agencies to help expand their internal innovation practices, and also in light of organic growth from Sylvain Labs' existing clients as they look to enhance their impact and reach on a global scale.

"We have seen extraordinary growth over the past couple of years which speaks volumes to the way brands are rethinking their strategic marketing partnerships.  Expanding our footprint into Europe is a crucial step toward servicing our current clients and increasing our offering across rapid growth markets." explains Alain Sylvain, Founder of Sylvain Labs. "We chose Amsterdam for its diverse, progressive and undeniably creative culture. It's a city as ripe with ingenuity as it is with opportunity and that's an all-too-rare combination to pass up."

"Hiring Uli to lead the Amsterdam office was a natural choice," continues Alain. "He has extensive experience within the Dutch and broader European markets and a stellar reputation among clients and industry colleagues. We are thrilled he chose to join our crew."