From AR murder scenes to Transylvanian garlic sauce, we gather our favourite films, apps and stunts of Halloween 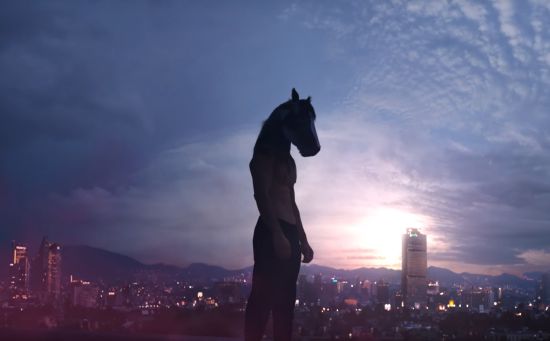 Already experiencing withdrawal symptoms after binging on Stranger Things 2 this weekend. And what’s worse is all the selfish swines who couldn’t be bothered to watch more than two episodes, making it impossible to have a good, spoiler-y conversation. So. Much. To. Talk. About. Gahhhhhhhhhhhhhh. Well, at least McCann New York have created something to soothe our frayed nerves – this Henry-Alex Rubin directed Verizon spot starring Gaten Matarazzo a.k.a DUSTIN! And it proves that there really are scarier things than ghostly, sluggy tentacle monsters from the Upside Down. https://lbbonline.com/news/dark-ages-an-unconventional-ghost-story-from-verizon-fios/

This Halloween KFC Romania and MRM//McCann Romania are doing their bit to share their local vampire-fighting secrets with the rest of the world. Their Romanian Garlic Sauce is, apparently, from Transylvania and totally vampire repellent… and to be they should know. If you’ve been bothered by Nosferatu recently, head to www.kfc.ro/halloween  to get some for yourself.

Halloween may have its roots in the ancient Celtic festival of Samhain, with traditions like dressing up in costume dating back to 16th century Scotland and Wales, but it’s now a global festival. Budweiser has launched its first Halloween campaign in India – a rather lovely music video https://lbbonline.com/news/budweisers-first-ever-halloween-campaign-in-india-invites-you-to-be-fearless/ for Grammy-nominated artist Kehlani Parrish.

The remake of Stephen King’s IT has been something of a gift to Burger King, whose long running trolling of arch-rivals McDonalds continues afoot with this creepy clown ad from LOLA Mullen Lowe.

Stare Death in the Face

New York-based design and innovation company are shining a light on the grisly history of the Big Apple with a new augmented reality app. Gruesome Gotham lets users witness some of the city’s infamous historic crime scenes in situ, from the famed slaughtering of former Bowery Boys gang leader “Bill the Butcher”, to the shooting of “Jubilee Jim” in the former Grand Central Hotel.

Murder on the Dancefloor

Halloween is very much UK mobile network giffgaff’s pile of pumpkins. Every year they challenge themselves to take the freaky festival in different directions. This time, it’s a short film shot in Ministry of Sound that very much reflects Halloween in 2017 – bejewelled skulls, mermaid hair and thick, stylish streak of Black Mirror chic. 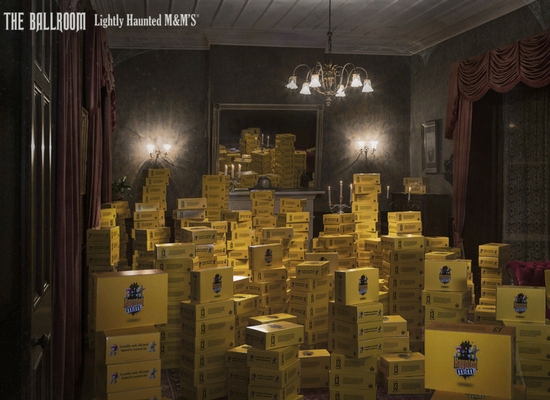 Colenso BBDO have braved the most haunted house in New Zealand to infuse thousands of packets of M&Ms with a little ghostly something extra. Since Friday 13th of October, they’ve stashed boxes and boxes of the stuff all over the house for 13 days and will be selling the haunted candy online here.

The Curse of Advertising

If you’ve ever felt that brands were actually stalking you around the Internet, this creepy campaign is weirdly reassuring. You’re not paranoid and losing your grip on reality after all! The campaign for Svedka Vokdka, created by Toronto agency Bensimon Byrne, starts by serving up the “Curse Video,” a forced-view pre-roll video that once seen subjects the viewer to an onslaught of digital ads that target and retarget them with creepy messages.

Embrace the Real You

This PSA is a beautiful depiction of loving family life at Halloween – and it’s also a call to rethink rigid stereotypes when it comes to kids’ costumes. Produced by Landwirth Legacy Productions, written by Alexander Day and Brian Carufe and directed by Almog Avidan Antonir it’s kind of lovely. 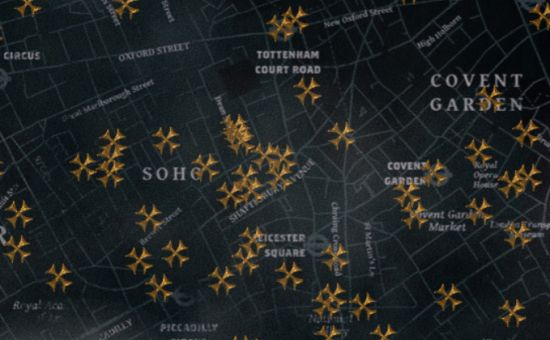 One for the history buffs - we're nerding out on Impero's interactive map of London. LBB HQ's gaff in Soho is, it turns out, pretty near a couple of plague pits, a plethora of historic former brothels and the sites of a fair few hauntings. Spooky! Explore London's creepy side here.