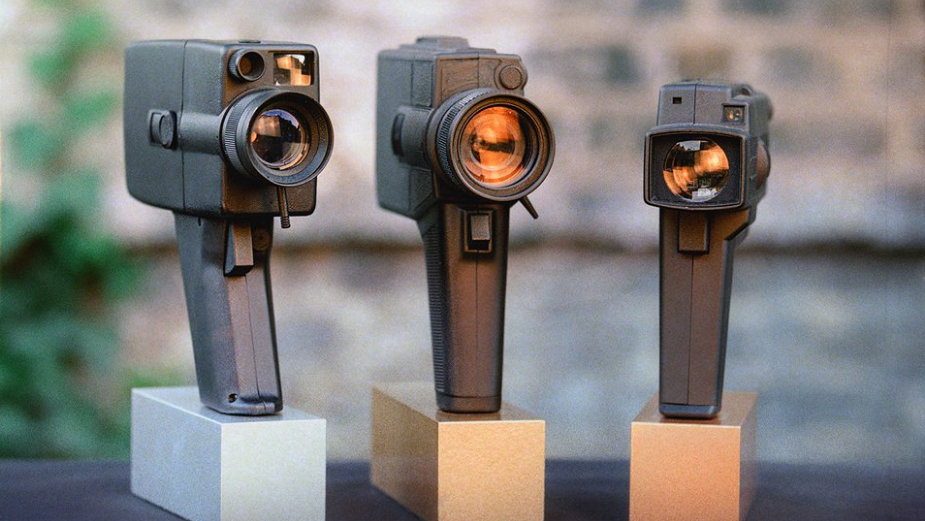 20 super 8 short films made by some of the top companies in the world will premiere at Cannes for 2020.

Be there with the likes of Caviar, Black Dog, Merman, Somesuch and more when they see their own work for the very ﬁrst time on a huge screen in a packed cinema.

The only work in Cannes that’s never been seen - even by the people who made it! Everyone is welcome at straight 8’s global analogue ﬁlmmaking showdown for companies: ‘straight 8 shootout’. And no festival pass is required.

Call time: 11am prompt on screen.

Wrap time: 12:45pm after voting and award ceremony in the cinema.

This is a raw and raucous event with an amazing line-up of companies from four continents all competing, having made a short ﬁlm, editing entirely in-camera, on just one roll of super 8 ﬁlm. Every ﬁlm will be shown - no matter how, or even if, it came out.

The companies brave enough to put their name to this insane challenge?

Any kind of creative company is invited to take the straight 8 shootout challenge: to make a 2.5 minute short ﬁlm created entirely in-camera on just one cartridge of super 8mm ﬁlm. Every shot is taken in story order, with no opportunity for re-takes or editing. Any visual eﬀects, colouring and titling must be done the old-fashioned way: as part of the shoot, with the camera. Super 8 doesn’t record sound, so soundtracks are made ‘blind’ and must be original.

Entrants send their exposed but un-developed ﬁlm cartridges to straight 8 partners Cinelab Film & Digital who will process and scan the ﬁlms. straight 8 will then line up each soundtrack with the ﬁrst frame of the ﬁlm. It’s that ‘simple’.

Since launching shootout in 2016 with APA London, its success has been proven at Cannes, Ciclope and Adfest and two lockdown editions, with a live online premiere broadcast to a global audience including entrants in Australia, Spain, South Africa, Tokyo. Many top creative companies from around the world have now risen to straight 8’s shootout challenge. See some of the companies who’ve entered, links to past winning ﬁlms and the charities who’ve beneﬁted to date, at straight8.net/shootout.

Ed Sayers, director, and straight 8 founder, comments: “I’m so excited to see what this full house of amazing companies manages to produce for this edition of straight 8. People don’t believe me when I say that I don’t even watch shootout ﬁlms before their premiere, but it’s true. That’s how I can look you in the eye when you ask if your ﬁlm has at least come out, and honestly say to you: I don’t know.”

Steve Davies, chief executive, APA London, says: “straight 8 is a brilliant ﬁlm competition. We are delighted to be back in Cannes with it this year and supporting its launch event in London. It is a fantastic opportunity and platform for emerging directors to showcase their skills and creativity in front of the wider industry.”

Adrian Bull, managing director, Cinelab Film & Digital, comments: “We work on hundreds of ﬁlms, TV shows, music videos and commercials each year, all formats including digital and 65mm ﬁlm down to super 8mm - and straight 8 is still one of the most exciting projects we’re involved with.”

Barny Wright, managing director, No.8, comments: “It’s great to be a sponsor of the Cannes shootout again! We are helping out on the sound on a few of the entries and we even ﬁnally got the courage to do a No.8 straight 8 ﬁlm ourselves!”

Tanya Spencer, executive producer, The Producers (Australia), says: “All our ﬁlmmakers love the old-school challenge of straight 8 and we’re proud to have enjoyed multiple wins over the years. This year we’re excited to see how the judges (our competitors) and audiences react to our entry from our talented team. And we can’t wait to see how it’s turned out as well!”

Avelino Rodríguez, founding partner, The Lift (Mexico), comments: "Mexico is all about its people, places, and culture; we can't think of a better way to showcase our talented directors and crew than through straight 8, an event that challenges our creativity and inventiveness."

Says Peter Grasse, founder, Mr+Positive ( Japan): “No one really actually cares how busy you are shooting global campaigns for a-list advertisers…. Yet, tell them about your dangerously-creative straight 8 ﬁlm idea, and their eyes light up with ardent imagination. This is our third festival ﬁlm. That’s positive!”