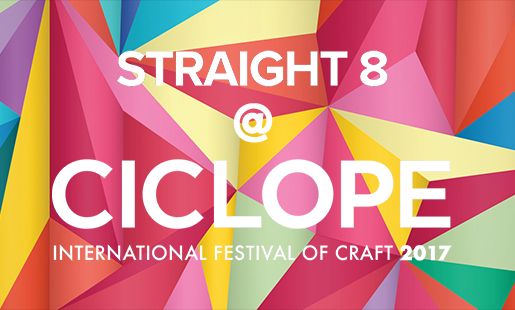 Would you like to shoot your own Super 8mm film and show your cinematic talent in a legendary theatre in Berlin? Then join straight 8 @ CICLOPE Festival.

straight 8 industry shootout is a short film competition open to companies working in the global ad industry. Entering companies make a film on one roll of Super 8mm film, with original sound, no second takes, no editing and no post-production. The results will be seen for the first time at CICLOPE Festival 2017, on 26th October.

The audience will then vote, and the winning companies get to donate the prize-money to the charity of their choosing. There is no creative brief and entering companies must source all cameras, crews, props, locations and ideas.

With the support of APA, straight 8 @ CICLOPE Festival creates a level playing field for experts and rookies alike. It's a great chance to have some fun, making a film in one of the hardest ways possible, raising money for charity and battling creatively with the rest of the industry.

The first 20 companies to enter at 8pm (UK time) on August 8th are in, but you can already pre-register at straight8.net/CICLOPE-2017. You will have time to make your film until September 25th.