Premiere will take place at Picturehouse Central on July 13th, 9:30am GMT 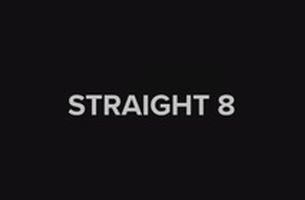 Fresh from Cannes and by popular demand, straight 8 is premiering in London. The screening will be presented by APA in association with Creature of London and with support from and Kodak, Cinelab London, elevenfiftyfive and ourscreen.

The straight 8 industry shootout is a global industry battle – a company to company showdown - to produce the best film on one super 8 cartridge, without editing or post-production according to straight 8’s strict rules.

All of the films entered were screened for the very first time ever, even to their makers, in Cannes on Thursday June 23rd. You can check out the report on the Cannes screening here.

The café opens at 9am and the screening kicks off at 9:30 sharp. The screening ends approximately at 10:45

Tickets are £10, only through ourscreen.

All profits will go to the Fireflies Tour for charity Bloodwise.