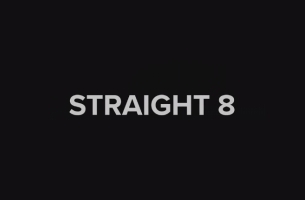 Join straight 8 for the world premiere of 8 amazing films. Each made on a single cartridge of Kodak super 8 film without any editing or post-production.

Only the best 8 films from 126 entries have been selected to premiere in Cannes by a stellar jury (Asif Kapadia, Ed Lachman, Jason Solomons, Pegah Farahmand, Hamish Mosely).

The filmmakers are flying in from the UK, USA, Argentina and France. Join them as they see their films for the first time ever.

Entry is free and is first come, first served for anyone with a festival pass.

straight 8 began in 1999 when Ed Sayers asked friends working mainly in advertising film production in London to have a go using Kodachrome 40 film at making a short film with no waste, at a 1:1 shooting ratio!

22 films were made and screened at the Metro Cinema in London’s west end to a packed audience. Projecting off Super 8 with the audio playing from cassettes, timed by eye.

In 2003 Kodak invited straight 8 to screen at Cannes Film Festival. With a prestigious screening in prospect, the number and quality of films submitted skyrocketed.

straight 8 returned to Cannes every year up to 2012 and received 100-200 entries for each annual competition. Other highlights include appearances on Channel 4 television 2004 & 2008.