Stop at Nothing with Optus and Ivan Bird’s ‘Common Goal’ 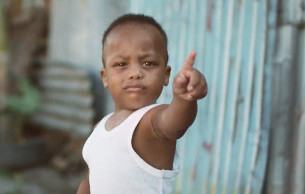 The world has been glued to their screens over the last few weeks, watching the record-breaking talents of the one and only Usain Bolt but what does it take to become the fastest man in the world?

Shot in the stunning backdrop of his homeland, Jamaica, the spot was produced by Rattling Stick for Sydney based agency The Works and Australian Mobile Network, Optus.

In the film Bolt reflects that, whilst Jamaica may not have the most people, he didn’t let that stop him and that in the end we’re all ‘pretty similar’. We also see the evident impact that the athlete’s success has had on the local community.

‘Common Goal’ is the third of three films directed by Ivan for the brand.