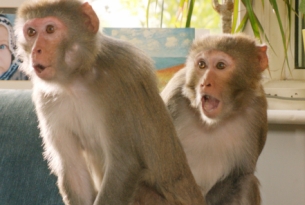 The Sun entertains everyone, kids included, so what better way to put a smile on youngsters’ faces than publish a paper just for them. Packed full of games, word searches and puzzles, The Fun is free every Saturday in paper, or digitally for Sun+ subscribers.

Created by The BOX – part of Team News – the campaign lets parents know how to keep their little monkeys out of mischief, and features real monkeys causing mayhem. All to the tune of Hey, Hey, we’re the Monkees.

As well as on TV, The Sun’s Fun campaign runs in cinema, radio, print and digital, also created by The Box.

Robin Garton, Creative Director at Team News, said: “Received wisdom suggests you should never work with children or animals. We combined both in a scene that all parents will relate to.”