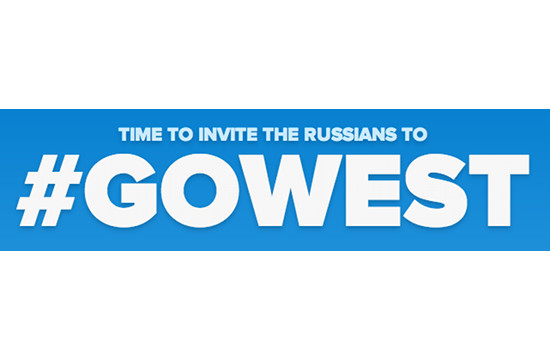 A court in Moscow has stopped the Pride parade for a century, so in an advocacy campaign on twitter, Stockholm Pride invites all Russians to #GOWEST and celebrate Pride in Stockholm instead.

On the campaign page gowest2013.com you can compose your tweet-invite which is automatically translated into Russian. In addition, your location for this particular tweet is changed to a random location in Russia in an attempt to reach as many as possible.

So far the following celebs have showed their support for #gowest: