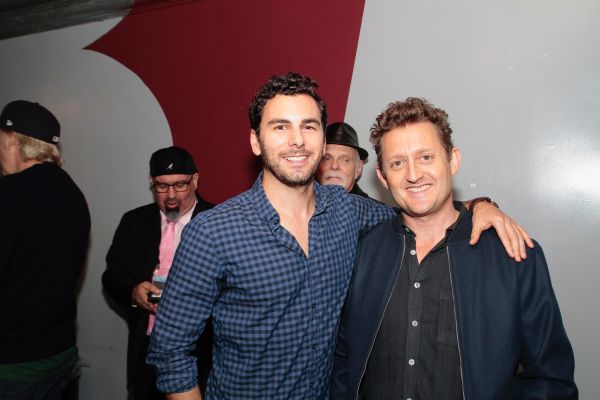 The Panama Papers is a documentary about the unprecedented coordination of journalists from around the world, working in secret to expose the largest data leak in history. This was a global corruption scandal involving fraudulent power brokers, the uber rich, elected officials, dictators, cartel bosses, athletes and celebrities who had used the Panamanian law firm of Mossack Fonseca to hide their money. The story cracked open a hidden network of tax evasion, fraud, cronyism, bribing government officials, rigging elections, and murder.

Directed by Alex Winter, Stitch became involved in the absorbing film through Dan Swietlik, owner and editor of Stitch LA, who worked with Winter on the feature documentary, Deep Web (2015).

Weston commented on how he landed the job: “Alex had a short film project, ‘Relatively Free’ in 2016 he came to Dan, and I worked on the film as a second editor. Alex and I worked closely together in the edit bay, I really got to know him and how he works and think we collaborate really well.

"I cut a short film with him a year later, 'Trump Lobby' (2017) and then Alex came to us with the feature film and requested me as the sole editor. This would be my first feature film, so I was nervous to take it on but was honoured to have the opportunity."

This film was quite an undertaking as there was a huge amount of achieve footage to get through, including news bytes, conferences, speeches, not just contained to The Panama Papers but to income inequality, shell companies, tax loopholes and similar. There were a lot of topics and themes to cover and Weston had to be fully educated and immersed in these fields.

Given the amount of footage in the project, the role of the editor, and his relationship with the director, was of particular importance. Alex had this to say: “I had my team. I mean, I have a production company, with researchers, archivists, production coordinators and so on, and we all kind of work as a hive mind. Really, a doc is made mostly by me and the editor, so, I was working very closely with Wes. This was an extremely complicated story, with many disparate elements and characters to weave together and he did an incredible job, not only helping to make the film comprehensible but also emotional and dramatic."

Commenting on the hurdles he faced with this film Weston said: “One of the challenges was just figuring out how we wanted to tell the story, there were a lot of moving parts to the journalists investigation, so we wanted to keep it simple and linear so the viewer could easily follow. I found it interesting that we kept our project secret the same way the journalists had to keep their investigation secret for a whole year while they uncovered everything."

The film premiered internationally at the IDFA film festival last month and is streaming in the US on EPIX.

The trailer can be viewed here.