Trends and Insight 456 Add to collection

Stitch gives Little Black Book the rundown, in fives, of how far they’ve come since opening their editing house 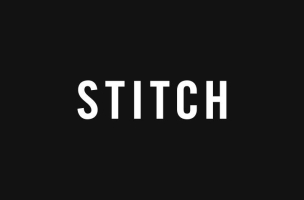 Their ethos to provide a creative and relaxed environment which nurtures talent, and has a strong emphasis on collaboration and client service, got things off to a flying start.

Leo King –Warburtons: The Deliverers: The edit was essential to the comedic timing of Sly’s latest career endeavour as Baker-come-Action Hero Delivery Man

Paul O’Reilly – Ezekiel: This short documentary about the eponymous 12 year-old minister saw Paul work carefully with the footage and sound, to create an intense yet unbiased film on religion.

Phil Currie – Pampers – Every Baby: Edited In real-time to coincide with the Royal birth of Princess Charlotte on May 2nd 2015, this film took just under 2 days straight, from shoot to broadcast. A rapid edit for such sensitive (yet beautiful) material.

Out of all the award-winning campaigns that Stitch have edited, none so far has been as successful as 4Creative’s Paralympics ‘Meet The Superhumans’.  Recognised by 5 top awards bodies, the work achieved worldwide success and won gold awards at Cannes Lions, D&AD, Creative Circle, Promax, the British Arrows Awards and British Arrows Craft.  It also received the highest accolades of Commercial of the Year, a Grand Prix and a D&AD Black pencil.  Tim then went on to win Best Editing at the British Arrows Craft Awards.

Over the past five years Stitch have garnered over 2.5 billion views on You Tube since 2010; with Ellie Goulding’s ‘Love Me Like You Do’ edited by Paul O’Reilly having the most with a whopping 500+ Million. We’ve seen over 500 Campaigns varying from Volvo’s lorry driving to an all action bread-delivering Sylvester Stallone in the Warburtons spot.

Firstly, they bring up their assistants to be editors. There’s no cutting in line.

Secondly, Stitch launched editing collective Homespun as a place to edit music videos, short films and digital content.  It supports young talent from directors and producers to their own editors.

Thirdly, Homespun takes an ‘ideas first’ approach to commissions. Not every great project has a great budget to match but if it’s amazing it will be made.

Fourthly, run as a collective, ideas and projects are shared between all of the editors. There’s no limit on the creative.

Fifth and finally, each year Homespun also funds three short films through its competition Homespun Yarns. They invite anyone, regardless of background or experience, to share their great idea and turn it into an even greater short film.

Stitch is staying boutique and personal, and will be championing creative projects, but they are by no means stopping there. Barely scratching the surface of possibilities of Homespun and Homespun Yarns; the team want to continue to nurture young talent and generate creative opportunities in the industry for newcomers, as well as their existing staff. With a passion for new challenges, the team will be dipping their toe (before dunking themselves) into long-form, as well as expanding on their roster of short films. Always looking for the next creative project – so watch this space!