Stint on the Wrong Side of the Camera 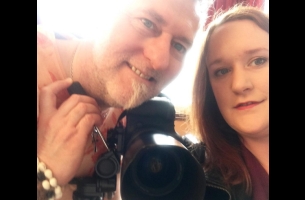 This week the LBB crew has been striking poses and pulling duck faces – it's team photo shoot time! And let me tell you, there's nothing like standing pigeon-toed in a draughty studio, trying to suppress awkward giggles to really make you respect directors and photographers.

Madonna might have sung that there's 'nothing to it' in Vogue, but I'm going to have to respectfully disagree. When we try sultry insouciance, we get stroppy teenager; a cheeky bit of Cara Delevingne tongue action is more show-the-doc-your-tonsils. The raw materials (us) may not have been the easiest to work with. For the most part, though, our untrained modelling exploits made me realise that street casting must be a producer's nightmare... And that members of the public should be avoided at all cost... Or, at least, members of the LBB team... Or maybe just me?

Julian Hanford, known for his portraits of adland big-hitters, was the unfortunate ringmaster tasked with coaxing Joker smiles and hunched shoulders in to photogenesis. Julian had graciously donated a photo shoot as a prize at last year's APA fundraising auction for Syrian refugees. It was there that LBB founder, Matt Cooper, fuelled perhaps by a little bit of wine, had graciously bid on it.

Thankfully Julian, a prolific portraitist, is a man who is used to coaxing the best out of awkward lumps like me. Negotiation, empathy, enthusiasm, motivation, patience – core components in a photographers' arsenal, as important as their spare memory cards and wide angle lenses. Unless you've cloistered yourself in a garret to write the next War and Peace, creative projects rely on people skills as much as they do hard skills. Most articles about directors or great photographers focus on their eye, their vision, but it's just as useful to learn about how the greats lead, how they collaborate with their cast and crew. Are they despots or diplomats? And which approach works best, in which context?

Thankfully Julian is no despot. A few gentle nudges and smart suggestions and a well placed bit of micro management and... Dare I say it... I actually kind of enjoyed it. My most usual 'looks', grumpy face, witch face and overexcited werewolf face (which only comes out at a full moon after a lot of wine or a lot of Haribo) barely made an appearance. No amount of research with back seasons of Americas Next Top Model (smize!) can trump working with someone who knows what they're doing and is nice and reassuring with it.

We're still mid-shoot as I write, with Julian's ultimate challenge, Matt Cooper still to go. The final results are yet to be seen, but being on the wrong side of a camera has been a useful experience - not least because it reveals what directors and photographers have to put up with. 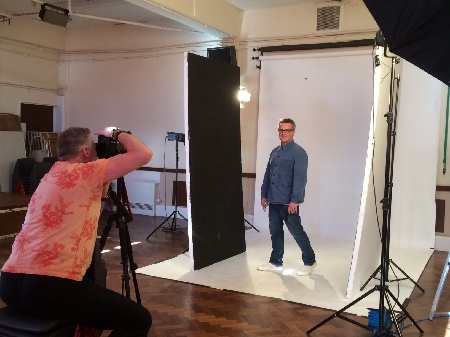