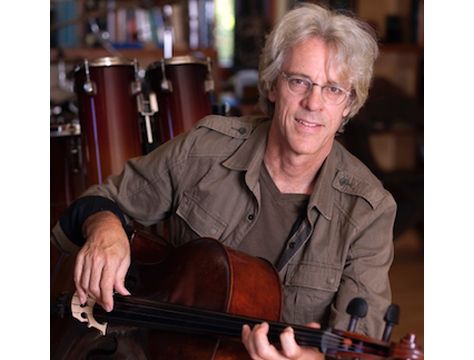 The first annual Production Music Conference (PMC), to be held in Los Angeles on September 12, has confirmed a highly inspiring pair of keynote speakers for its debut event. The internationally renowned composer and multi-instrumentalist Stewart Copeland will deliver the afternoon keynote, and Emmy-winning composer Jeff Beal will start off the morning session.

A new daylong event produced by the Production Music Association (PMA), the PMC’s theme is “Create | Value.” The conference will provide valuable educational and networking opportunities for all stakeholders -- composers, libraries, technology providers, and music users -- in the production music supply chain, in order to facilitate a more thriving and sustainable market.

Through speakers and high-powered panels in “Creative” and “Business” tracks, attendees will gain up-to-the-minute intelligence on revenue streams, deal-making strategies and monetization opportunities in today’s dynamic market place. Topics such as “Don’t Give It Away: Enhancing the Value of Your Catalog,” “Royalties at Home & Abroad: Know Your Revenue Streams” and “Trailer Music: New Trends/Modern Techniques” are just some of the PMC’s session highlights.

"The production music market is very dynamic," says Hunter Williams, Executive Director of the PMA. "Opportunities and challenges abound.  We want to bring industry stakeholders together in order to give them the tools and information they need to succeed."

Both of the PMC’s keynote speakers are highly accomplished figures in the music world, selected to provide unique perspectives on success. Stewart Copeland gained global fame as the drummer for The Police, followed by a long career composing for in films, such as "Rumble Fish" and "Wall Street," as well as myriad TV shows, video games, movie trailers, ballets, symphonies, operas, and more.

“Our keynote speakers are setting the tone for the first annual PMC,” Williams states. “Stewart Copeland has had a massive impact on culture for decades – he helped alter the course of commercial music, then went on to create instantly recognizable music with his scores for films, TV shows, video games, and more. Jeff Beal is an acclaimed composer at the top of his game, with ‘House of Cards Season 2’ standing as his 13 prime time Emmy nomination. Jeff has the utmost respect of his peers, and he’ll have a great deal to share with PMC attendees about how they can launch and maintain their own successful careers.”

The PMA is a non-profit organization which promotes and protects the rights and interests of publishers and composers of production music, which is music specifically created to be licensed for use in media programming including film, TV, radio and streaming content. Founded in 1997, it is the leading advocate and voice of the production music community with over 670 music publisher members, ranging from major labels to independent boutiques.

By launching the Production Music Conference, the PMA is expanding the scope of its reach, and the useful career tools that it can offer to current and next-generation members. “Part of the PMA's mission is to be a leading voice in the music community, by using its platform to educate and inform established and future rights owners and suppliers of music to media programming,” Williams says. “The PMC is another important forum for us to achieve this.”