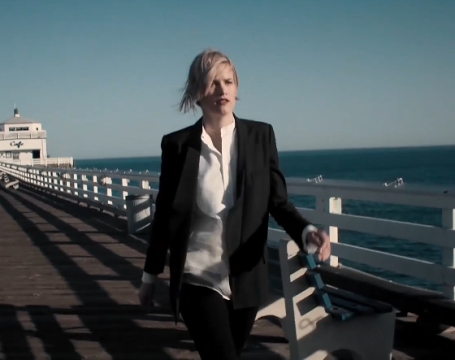 “With ‘Cody,’ I was trying to bring out the femininity of the piece,” said Curley. “We established a light contrast, but colorful, bringing out the beauty in the locations, and making the car she was driving really pop. ‘Amandine' was a bit more muted. We wanted her movement to speak for itself.”

Curley has collaborated with Sebring on a variety of projects, but the two have never settled into a pattern or a familiar style. According to the veteran colorist, they’ve never sought to correct anything, but to instead take whatever moments have been captured in camera to their natural conclusion.

“Each piece we’ve done has turned out differently. Steven shoots some really beautiful photography, and we take that material and have fun with it,” said Curley. “There’s usually a great starting point in the footage. Then we push it. When working on short fashion films like these, we have a bit more freedom to push the boundaries and bring out the very best. We’re just trying to make something artful.”