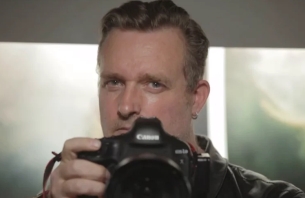 “I love design. I love what design can do, what it can say, and how it can manipulate,” says Heller, an acclaimed art director, author and ADC Hall-of-Famer. Heller lent his art direction talents to the New York Times for 33 years, but is currently co-chair of the MFA Design as Author Department at the School of Visual Arts (SVA), Special Consultant to the President of SVA for New Programs, and writes the Visuals column for the New York Times.

“I love the idea of immortality for work, for a design piece to be remembered like a great piece of art,” Siegler says. “Certain things,” she continues, “… they’ll just live on forever.” Siegler is one of the most influential designers working today, and the founder of Eight and a Half. She previously co-founded Number Seventeen. Siegler has taught in the graduate design programs at Yale University, SVA, and was the 2014 Koopman Distinguished Chair in the Visual Arts at the University of Hartford.

“I think that a legacy is more than just work, the legacy is really about how you create that work, how you treat the people, and how you pass that on,” Harsent says. Harsent, one of the most awarded photographers in the world, splits his time between New York and Australia, and between commercial and fine art work. His work has been exhibited in galleries and museums worldwide.

"When George Lois and I first discussed his campaign for our 2015 awards season, there was one thing we agreed was undeniable,” said ADC Executive Director Ignacio Oreamuno. “Winning an ADC Cube means immortality for your work. This series of videos really illuminates what ‘legacy’ means to some of the greatest individuals working in the creative industries today. It’s a stunning tribute to work that will live forever, and the people who make it.”

ADC’s 2015 Awards Season is currently underway, marking the first year that ADC has combined the rich history of the ADC 94th Annual Awards, the oldest continuous international advertising and design award show in the world; the forward-thinking ADC Tomorrow Awards, where creativity and technology come together to blaze a path to the future; and the 13th class of ADC Young Guns, an international portfolio competition for creative professionals age 30 years and under.