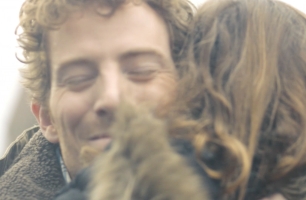 The 'Elderly' spot features actors ageing throughout the film. Finding the right look to the actors was essential to the film.

Says Reeves: "You have to make sure that the people you cast are able convey the emotion required, so it's a bit of a balancing act.   One of the people we cast was Sam Linzell who is Head of Production at Another.  Not only is Sam a great Producer, but she also looked a lot like one of the other actresses that we had already cast, so after some persuasion, she agreed to appear in the film.  She wasn't an actress, but she is a young mum and I knew that it would be possible to get a believable performance from her. Working with non actors doesn't really phase me, I'm confident I can pull a performance out of them.

"With the casting of the actor in 'Cancer', the main thing I was looking for was vulnerability.  I wanted an ordinary, gentle guy that comes across as being a bit overwhelmed by what he’s just been through.  We did quite a few casting sessions before we found our guy. The client was great, they really understood the scripts and agreed with all our first choice casting options. I like to create a relaxed environment on set.  I want the actors to feel that they able to push their performances, or make mistakes without losing confidence. One also has to be very precise when giving an actor notes after each take and I feel that if you can do this in an approachable, relaxed way, you’ll eventually bring out the best in their performance."

The DOP Sam Goldie was brought in as Bupa wanted the films to look very 'up' and optimistic, even though it was shot in terrible London weather in December.  Sam delivered this beautifully. The campaign was written by Creative Directors Orlando Warner and Joe Miller at WCRS.