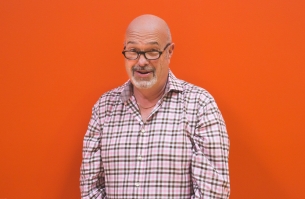 Mistress, the multi-disciplinary creative agency based here has hired Steve Orenstein as Chief Operating Officer, a new position at the agency. Mistress made the announcement as it continues to expand its ranks with a headcount growth of over 70% in 2014 and a burst of new business wins. The agency also recently moved to spacious headquarters in Santa Monica and opened Mistress.tech, an office in Hamburg, Germany. Orenstein’s hire follows on the heels of the agency’s naming last week of NBC Universal Cable Entertainment Director Tim Cyrol to head its human resources operations.

“We’re thrilled to have Steve as part of Mistress,” said Christian Jacobsen, Partner at Mistress. “We’re celebrating our 5th anniversary next month and as we evolve we continue to deliver the most value to our clients. Steve has been where we are right now, successfully navigating the whitewater of growth. And he’s not just an ops guy or a CFO, he’s another colorful character in an industry built on characters. Ask anyone who he’s worked with in the past and they’ll say his greatest contributions are cultural.”

A graduate of Baruch College (CUNY), Orenstein started his career at Y&R in New York in 1971 and was later transferred to LA to be the Western Regional Finance Director for the agency network. Once on the West Coast, Orenstein played the field, moving to McCann Erickson as Sr. VP Finance and Administration, then on to a half-dozen other shops until landing at then fledgling 72andSunny where he worked as CFO/COO, helping manage the agency for six years through its meteoric rise as one of the West Coast’s top creative shops. When Orenstein started at 72andSunny, the independent agency’s headcount was approximately 30. By the time Orenstein left there were about 500 employees and the shop had been acquired by New York and Toronto-based MDC Partners, the 8th largest advertising holding company in the world.

“I’ve been married 40 years and this is my first Mistress and I have to say I’m in love,” quipped Orenstein. “My goal with Mistress is not just to establish processes, procedures and best practices, but I will also help the agency build its culture and make it an iconic agency, attracting top creatives and leading consumer brands. Mistress is very similar to 72andSunny. They need one big client who will let them do some crazy good creative and they’ll be on the map just like 72andSunny has been for the last 4 years.”

Jacobsen added: “With his deep experience building celebrated agency brands, Steve’s excitement about our potential is a big boost to Mistress.”