Coll was most recently executive creative director at Droga5 Sydney 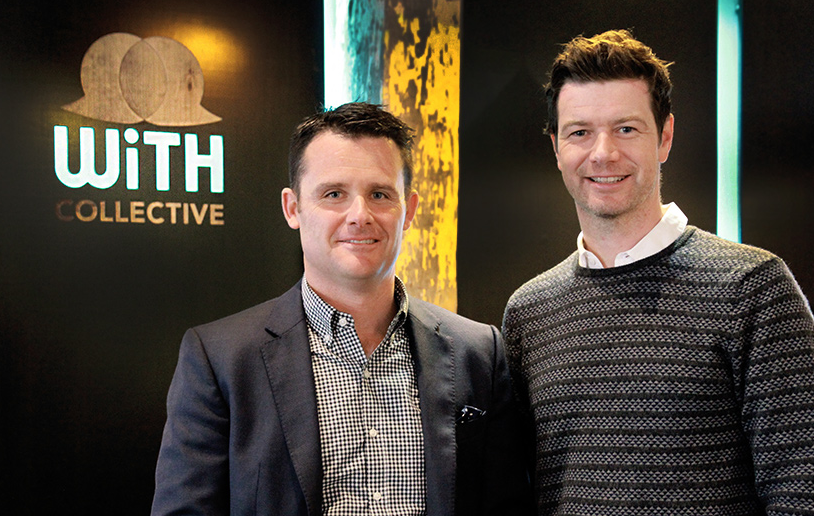 WiTH Collective has announced that highly respected creative director, Steve Coll (pictured right), will be joining the agency as partner and chief creative officer.

Justin Hind, CEO of WiTH Collective, says the hire is a wonderful boost for the agency, which has enjoyed a meteoric first five years. Hind co-founded the agency with wife Dominique Hind in 2010, bringing with them 15 years’ experience at leading international network agencies.

“We established WiTH Collective to help answer real business problems for our clients in the most creative, collaborative and measurable way possible,” says Hind. “And we believe we’re doing that by embracing data and digital technology in a way that few of our competitors can. In Steve, we’ve hired a first class creative leader with a reputation for producing campaigns that help transform client’s business. That’s a perfect fit with our culture and a great precursor to our next step.”

Coll is one of Australia’s most respected creative leaders, known for transformative campaigns including McDonald’s ‘Inner Child’; the Walker’s ‘Sandwich’ campaign, which won the inaugural Grand Prix for Creative Effectiveness at Cannes; Virgin Mobile’s ‘Fair Go Bro’, another Cannes winner for Creative Effectiveness; and the wearable tech-led ‘Fundawear’ campaign or Durex.

In total, he has won more than 20 Cannes Lions and a Black Pencil at D&AD. He is also the only creative to have been invited to join the board of ADMA. Coll describes his time at Droga5 as a “fantastic learning experience working with very gracious and wonderfully talented people”. Prior to this, he was ECD at Havas Worldwide and named Havas Worldwide ‘Person of the Year’ for 2014 across the 35,000-person agency network.

“WiTH Collective is a wonderful place to realise those opportunities, as the agency has deliberately chosen to sit in a unique space at the intersection of creativity, data and technology,” says Coll.

“The future will be won by those brands who know and communicate with customers in the most creative, personal and measurable ways and I know WiTH Collective has their sights set well and truly on that space. I’m also a huge believer in collaboration, a belief I share wholeheartedly with Dominique and Justin. The fact they chose the name WiTH says it all. I couldn’t be more excited about this next step and am looking forward to working with the whole team, and continuing the considerable success WiTH Collective has enjoyed to date.”

As well as winning Mumbrella’s 2015 Direct AOTY, WiTH Collective picked up Campaign Asia Pacific’s Australia and New Zealand 2014 Digital Agency of the Year and AdNews’ 2014 Specialist Agency of the Year. The agency won ‘2013 Start Up of the Year’ in the Telstra NSW Business Awards, the first time an advertising agency has ever claimed the award, and ranked #46 in BRW’s prestigious Fast Starters list for 2014.

Hind added: “Our agency almost entirely consists of smart people who have left network agencies looking for a better way. Our model is very different and our culture is ego-free, not just for a nicer working environment, but because we believe working this way helps us get the best results for our clients.”