adam&eveDDB ad to mark third anniversary of the Syrian crisis 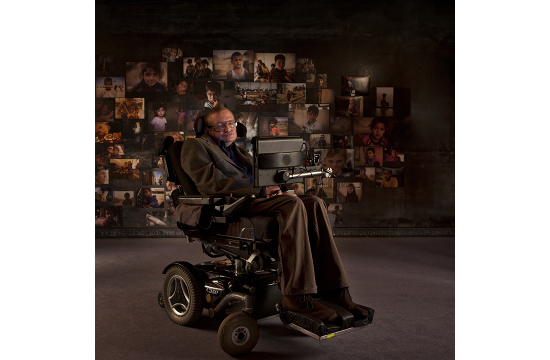 Save the Children today unveils its new TV ad creative ‘I’m giving my voice’ featuring Professor Stephen Hawking. The powerful TV ad features imagery of real Syrian children with Professor Hawking’s iconic voice describing each child’s horrific experience of war, to mark the third anniversary since the start of the Syrian crisis. The ad will be on TV screens from 14 March to 31 March 2014, with a high-profile launch spot during the ITV news at 10pm.

The ad, created by adam&eveDDB, tackles the worst humanitarian crisis of our generation. More than 10,000 children have already lost their lives to this conflict and well over one million children have been forced to flee in terror the country they called home.

The ad starts with a photo of a Syrian child with a voiceover from Hawking verbalising a real life story from a Syrian child “I cry all the time…” A second photo is then shown and Hawking says “my house was burnt down, everything was gone…” The TV ad continues with more portraits and voiceovers and finally cuts to Hawking sitting in his wheelchair in front of the montage of images. He looks to the camera and says “the children of Syria have no voice, that is why I’m given them mine – what will you give?’ Appearing on screen are the words ‘Text SYRIA to 70008 to give £5’.

Professor Stephen Hawking says: “What’s happening in Syria is an abomination, one that the world is watching helplessly from a distance. We must work together to end this war and to protect the children of Syria. I am giving my voice to the children of Syria to raise awareness of their suffering and to raise money to provide food, shelter and medicines.”

Sue Allchurch, Save the Children Director of Marketing and Communications comments: “This brutal civil war has children living every day in appalling devastation. At Save the Children, we want to show the public what is really going on so we are really grateful to Professor Hawking for giving us his voice to be able to do this. Not only will this TV ad  help us to raise awareness, but more funds as well to provide basic supplies to the children of Syria.”

Mat Goff, Managing Director at adam&eveDDB, said: “The children of Syria need to be heard and three years into the conflict we need a new way of telling their stories. Stephen Hawking’s voice gives us a powerful way of retelling their upsetting accounts of living through a devastating conflict.”

Save the Children will air a 60 second ad with SMS response.

The ‘I’m giving my voice’ TV ad will be supported with digital and print ads as well as PR and through social channels.