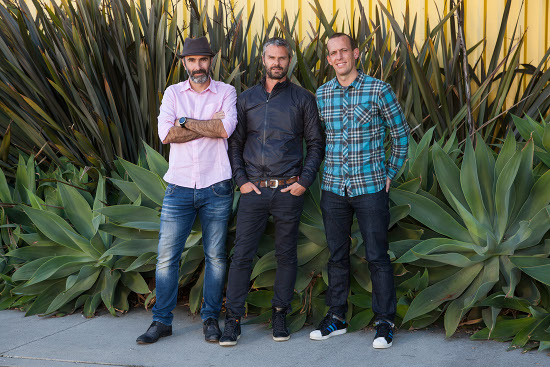 TBWA\Chiat\Day Los Angeles today announced the appointment of Stephen Butler to Chief Creative Officer. Butler, 43, joined the agency in July 2013 and was promoted to the leadership position after the departure of John Norman in March 2014.

As part of the restructure of the TBWA\Chiat\Day Los Angeles creative department, Fabio Costa and Brent Anderson have both been promoted to the role of Executive Creative Director, reporting to Butler.

“This is a fantastic opportunity to be part of the next wave of Chiat LA,” Stephen said. “This is an agency with an incredible history and I’m excited about our future together.”

Luis DeAnda, President of TBWA\Chiat\Day Los Angeles said, “Stephen stepping into this role at this moment feels absolutely right. Along with his creativity and passion, he brings an amazing amount of humaneness to our culture. We need all of that right now. With Stephen in place, along with Brent and Fabio, I'm confident we're set to not only do more amazing work on behalf of our clients, but to have some fun too."

Lee Clow, Director of Media Arts for TBWA\Worldwide, commented: “Stephen has an iconic portfolio of work. Clients want to work with him, agencies want him on their team. His brave, groundbreaking and unforgettable ideas will help push our creative boundaries.”

Stephen joined TBWA in July 2013 as Executive Creative Director from Mother London. While at Mother, he was made Creative Partner in recognition of his contributions to the company. He helped grow Mother from 80 to 220 people, as well as earning them the prestigious title of Campaign's Agency of the Decade. All of this saw Mother evolve from a local British advertising agency to a global brand with offices in New York and Buenos Aires. Stephen was also responsible for founding Mother’s Experience Design unit in 2012. In the first year, he and his team of designers, creative technologists and strategists delivered future facing projects for Unilever as well as groundbreaking global projects for Gucci, P&G Prestige, Elton John AIDS Foundation and the British Government.

When Stephen joined Mother as Creative Director, he was the lead creative on the Orange account and created two award-winning campaigns: “Blackout” and “Dance.”

Stephen also led other significant pieces of international business for Mother, including mobile phone giant Motorola and global network operator Movistar. From these successes, he went on to lead and create award-winning campaigns for clients including Coca-Cola. He helped them to win Cannes Lion’s 2013 Creative Marketer of the Year award with his London 2012 Olympics campaign, which included a 60-minute documentary featuring Mark Ronson and was viewed by over six million people on YouTube. Stephen also creatively led the IKEA account, which collected awards from major international advertising festivals, including D&AD and BTAA, for “IKEA Cats” and “IKEA Kitchens.”

In 2006, just a year after joining Mother, Stephen was asked by U2’s Bono to help develop the RED project. Stephen worked with Bono and RED’s partner brands, including Nike, American Express, Apple, Gap and Starbucks, to engage and drive the private sector into raising awareness and funds to help eliminate HIV/AIDS in Africa.

Prior to Mother, Stephen was Creative Director at Bartle Bogle Hegarty, where he led the creative vision for Levi’s across Europe. Under Stephen’s creative leadership, the brand’s image returned to its iconic status. The release of Levi’s “Twisted” and “Odyssey” earned the brand seven D&AD Pencils, including a Black, and two Cannes Gold Lions. Following a string of additional awards and successes, Stephen was nominated to the board of BBH in 2001.

Stephen started his career as an art director at Condé Nast from 1994 to 1999, for titles including GQ and Vogue. His constant pursuit of creativity has seen Stephen dedicate a year to his passions of painting and sculpture. His work has been showcased in a number of group shows and his first solo show in London was at the Public House project space.