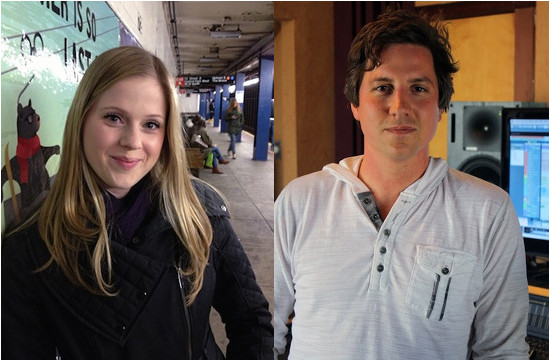 Stephen Arnold Music, the leaders in Sonic Branding and original music, and the creators of The Vault ‘Anti-Library’ of licensed music, have announced two key personnel appointments. The company’s national presence has expanded with the appointment of Noelle Alanís as Director of Licensing, Northeast USA. Alanís will be based in New York City, following three years working from Stephen Arnold Music’s headquarters in Dallas. In New York, she will oversee all of the company’s East Coast clients, with a focus on content producers in New York, Boston and Washington, DC.

At the Vault “Anti-Library," Whitney Arnold has been named VP Music Services. In his position, Arnold will be responsible for the ongoing development of The Vault’s extremely selective catalog of licensed music. Additions to The Vault will come via Arnold’s strong relationships with elite music collections worldwide, as well as highly accomplished individual songwriters.

The appointment with the Vault marks Whitney Arnold’s return to Stephen Arnold Music, where he first worked at the age of 16. From there, Arnold worked extensively in live sound, first in New Orleans, then later Melbourne, Australia, and finally touring Europe with such renowned artists as Stevie Wonder, Kanye West, BB King, Mark Ronson and Adele.

“Whitney Arnold has long been familiar with the extremely high standards we’ve set for The Vault,” Arnold adds. “His leadership will be key to growing our customer base of local stations, networks, production companies and ad agencies and supplying them with the best ready-to-license music options available.”