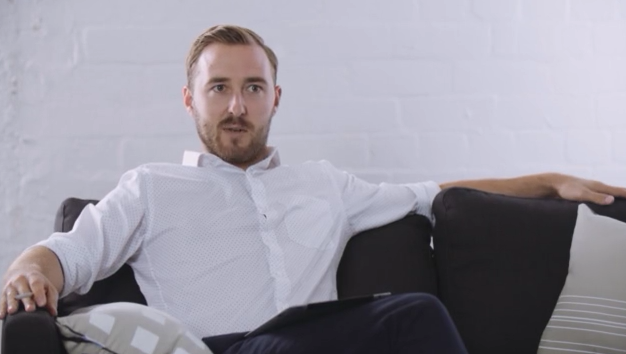 If you’ve ever had an irritating boss, an impossible client, a production disaster, a blundered pitch, a work-related ethical dilemma or a drink too many at the company Christmas function, then Agency is the comedy web-series for you.

Agency was developed by Glen Puklowski, Benjamin Forman and Judah Finnigan simply for the purposes of having a crack at an original project.

“We wanted to make something creative and fun, and to do it on our own terms, and the web series format felt like the perfect fit for that,” says Forman, founder of Stem.

Agency is the debut foray into original content from web video specialist Stem - a comedy series about a small advertising firm trying to stamp their mark on the ad industry.

Tom is the energetic and obliviously optimistic CEO. Summer is the floaty, enigmatic creative- type. Duncan is the uptight, awkward accounts man. Together, they make up a hapless but totally genuine team whose trials and triumphs should resonate with anyone who’s ever taken notice of the absurdity of the corporate world.

Recruiting an enthusiastic team of both seasoned industry professionals and talented young rookies, the series began production in Wellington in early February, with funding from a combination of both bold corporate sponsors and generous pledgers alike.

The first batch of three episodes will be released at 6.30pm Monday 27 April on www.asiansea.co.nz, with the following three set to launch on Sunday 10 May 2015.