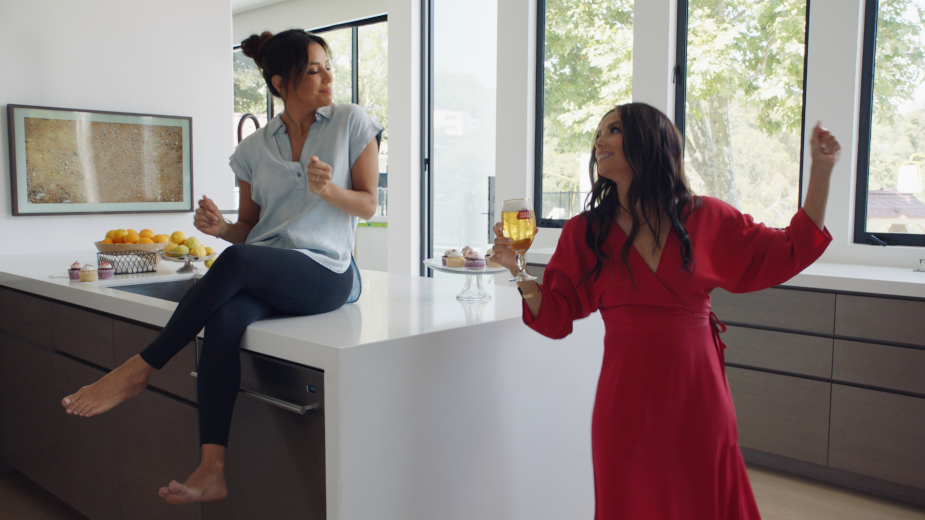 Airing today on Stella Artois' YouTube page, the brand is kicking off the latest campaign with a music video starring Eva Longoria, Liev Scheiber, Blake Griffin, as well as everyday people who are coming together to showcase what can happen when you embrace The Life Artois by setting free the summer version of yourself. Ultimately encouraging people everywhere to slip into a daydreaming state of mind from home this summer (with a Stella Artois in hand, of course).

Stella Artois is also teaming up with TripAdvisor to turn the cancelled vacations that people have been daydreaming about into unforgettable staycations in the 'Stella Staycation Swap.'

Lara Krug, VP of Marketing, Stella Artois said: “In these times, our imaginations have been more active than ever because it’s as close as we can get to living the summer we had envisioned. With a Stella in hand, we want to show that you’re a daydream away from The Life Artois and encourage people to still savor those special moments with the people who matter most, however that may look.”

Eva Longoria: “Every time I open a Stella Artois it transports me to a summer state of mind. No matter where you are this summer, I hope you remember to carve out time for yourselves and daydream to a place of total bliss.”

Liev Schreiber: “Stella Artois has always been my beer of choice. So when they approached me this summer about doing something that might feel inspiring and maybe even a little healing... It was an easy call.”

Blake Griffin: "I love music— take a good playlist and pair it with a Stella Artois and I’m in a spectacular mood— so partnering with the brand on this music video was a really cool experience for me.  Fair warning, Daydream is super catchy so be prepared to have it running through your head every time you open a Stella Artois this summer."

M.Ward: "I love everything about the song and the production of 'Daydream' but I wanted to play with it and try to take it out of the sixties and try to place it with other no-era or all-era songs - maybe have it occupy some kind of 'daydream' space that's hard to place where it came from or where its going. I've been a big fan of John Sebastian's work since hearing "Welcome Back" on TV when I was probably 4 years old. Still the greatest TV theme song of all time."

Paul Hunter: “We had great partners in both Pereira O'dell and Stella Artois. The communication between PrettyBird and the agency was very open and made things move quickly. It was strange pulling everything together in our Zoom-world and it was a massive learning experience. From auditions, callbacks, locations, filming— every day presented a new set of challenges but everyone was on top of their game and focused on creating the best piece of work we could, despite the extreme restrictions."