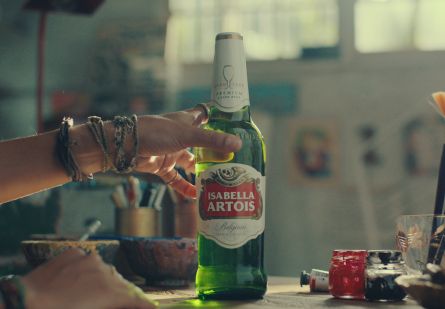 Stella Artois is changing its name this month in an effort to highlight the important role of Isabella Artois, who became the brewery’s CEO following the death of her husband in 1726.

Isabella is the cornerstone upon which Stella Artois has built its entire history. In her honour, the beer brand will change its name for the first time in more than 600 years. A special edition is going to carry Isabella’s name, including across the brand’s social channels. All to kick off a movement to recognise inspiring women around the world, from great historical figures to women working behind the scenes to help make a difference to women who have played a key role in supporting the brand’s consumers in their life paths.

“Isabella played an essential role in bringing Stella Artois to where it is today. Her influence on society came when she became the brewery’s CEO, before this role even existed, playing in an arena where women were unheard of,” says Bruna Buás, head of marketing, Stella Artois in Brazil.

"If women don’t have it easy in business today, try to imagine the things Isabella came up against in 1726," says Renata Wirthmann, general head of account, CP+B Brazil. “The idea of a name change for Stella was born out of the desire to recognise her pioneering role and help create a movement that inspires other women with Isabell’s example of strength and courage."

The 'She Inspires' concept is the basis of the campaign and it integrates content, social, influencer and POS efforts.