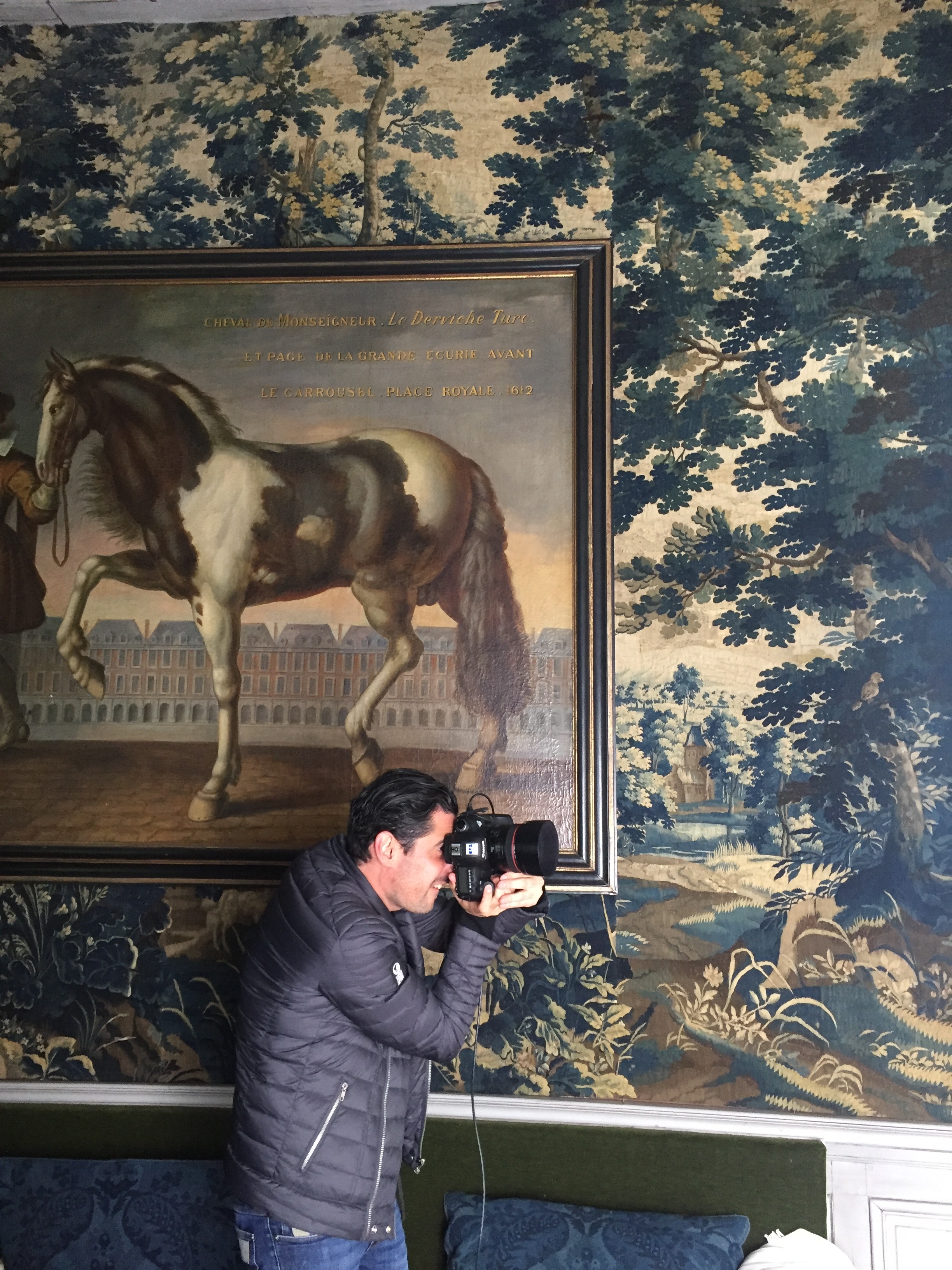 Visual storyteller Jeremy Charbit, represented stateside by Station Film, is a director to watch, renowned for his stylish and fun films in the beauty and fashion realms. His work includes Kusmi Tea’s “Prince Vladimir,” casting a royal couple in a balletic underwater dance, and a commercial for Air France’s Joon which uses vibrant color and graphic compositions to set the stage for the tech friendly, comfortable Millennial-focused airline. Most recently, Jeremy has crafted an atmospheric spot depicting a day-in-the-life of one man that alternates his extraordinary moments with help from Vivelle Playgum hair styling cream and quite ordinary moments without.

Station film connected with Jeremy for a conversation about pop culture, creativity in the digital landscape, today’s client norms and keeping things fresh for content crazed audiences. We also asked him about how he finds inspiration when he’s not behind the camera:

Q> Some of the trends the past year has brought in fashion and beauty are gender neutral styles and beauty transparency/authenticity (for example, less photoshop, more natural makeup). Have client briefs reflected these things? Have they impacted your casting and shoots?

JC> You’re absolutely right! It’s probably because of the style of my work, but I would say that things are getting more extreme in general: Most of the time I go for something either absolutely natural, or massively creative in terms of makeup and hair. It’s all about transparency, people want to know if you’re cheating or not. I did a campaign five years ago for Make Up For Ever called “unretouched;” from the video shoot to the photos, it was mentioned, much before the law came in some countries, that this beauty result has been achieved without any CGI. Quite interesting, because as a beauty director you could panic at first, but you have to keep in mind what the basics of your job are: good casting, nice lighting, beautiful situations, for instance. 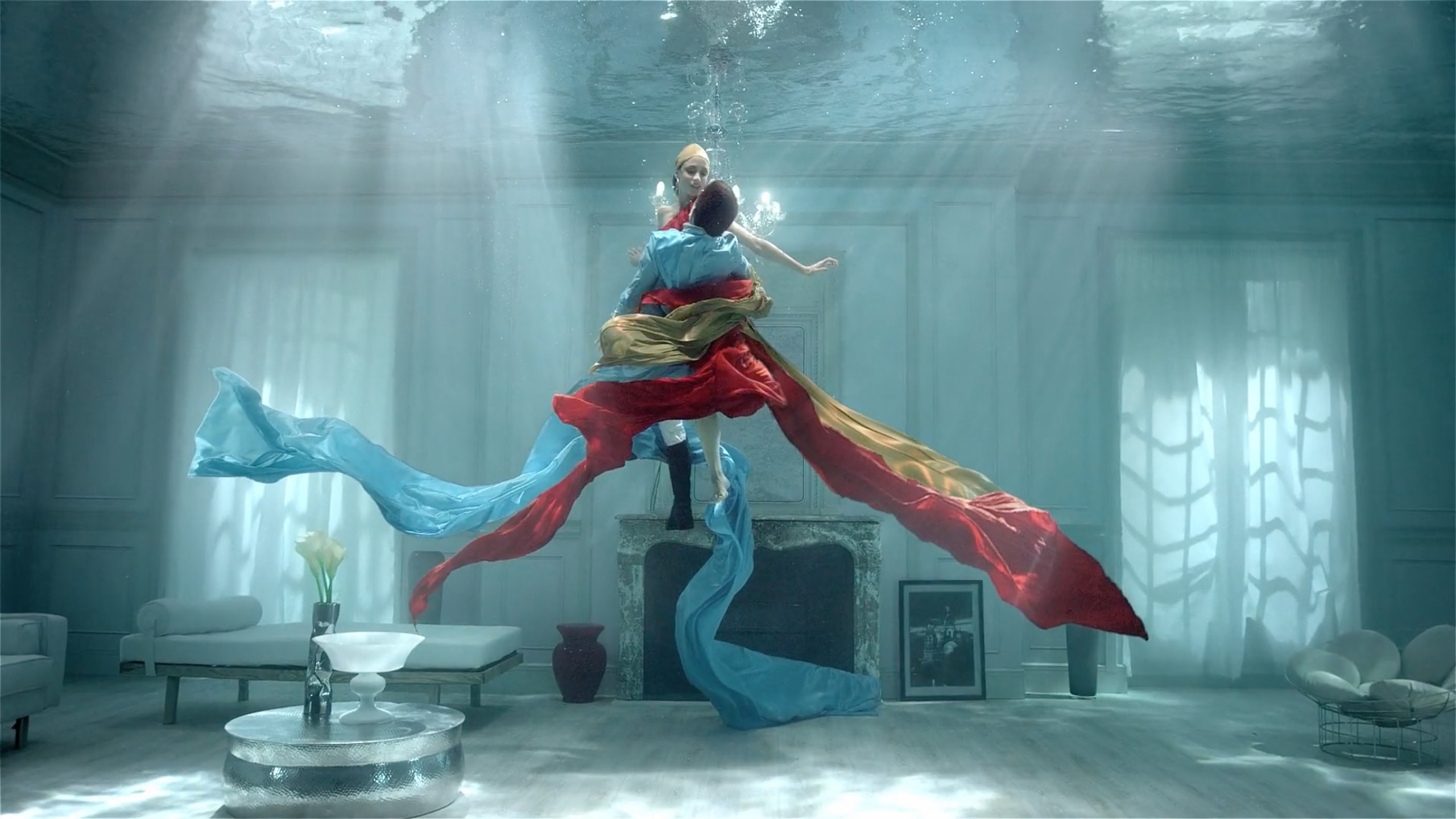 Q> Your Lovely Day spot for Le Cab has some interesting camera movement and shot making. Can you talk about how you arrived there? Were you inspired by a particular technique or filmmaker?

JC> I have a secret passion for the “One-shot Sequence!” Usually this technique in cinema is done to express a different notion of time, real time. I used it differently in Le Cab, it was more about performance. The purpose was to tell a story with people dancing, through an entire night, moving from one set to another during a 60-second shot. To achieve that, while making sure no one gets bored during some “spare” seconds, we had to move the sets around them. So the choreography had different layers: dancers, set transformations, camera movements and changing lights. An extremely fun challenge! One regret in my twisted mind: I would have loved shooting it with film instead of digital ;)

Q> Your new spot for Vivelle Playgum is a lot of fun as it alternates between your character’s life with and without the help of the hair sculpting gel. What sort of direction did you give your talent so he’d deliver different performances – an extraordinary sexy and cool guy and quite ordinary guy who blends in and goes largely unnoticed?

JC> It’s always a challenge when you start a project like this, because you can know from the casting session if the guy you’ve chosen is gonna give you this modern rock English attitude thing. But at the same time, you can’t be sure he can deliver the “normal” guy kinda thing! Lucho Jacob is a beautiful model, with some strong attitudes. Before working with him, I was amazed by the fact that he’s a very soft and friendly guy in his everyday life, and in photos he is super charismatic and strong, in a very modern way. I guess that was the right angle for our casting specs. On top of that, I was worrying about building a character that could be obnoxious either in his rock version or normal version. So during the shoot, Lucho and I worked together closely trying to find the right balance to make sure to build the perfect guy, some kind of inspiring and lovely profile. I was convinced that these characters had to work well separately, one without the other. I guess it was the right combination.

Q> We’re struck by the color palettes, lighting and subtle VFX in your new commercial as they really complement the different sides of the character. What were you going for visually?

JC> I wanted to express an electric version of London nights. A very colorful version of what we know. I played with neon signs, tried to keep in mind a short palette of vivid colors, mixing cold and warm tones. I have to admit, I’ve been a brain-eater for the art department! At the same time we had to make sure everything in the image is changing during the glitch from rock guy to normal guy, or let’s say almost everything … I switched to a more natural image, but to keep it interesting, I wanted to keep it “electric” with different light sources.

Q> How do you adapt content for the mobile platform? As a director who loves the process of filmmaking – very much reflected in your visual aesthetic - how do social and mobile impact your approach?

JC> I have to admit, like many others, I didn’t react very well the first time we talked about shooting vertical or square … But in fact it was extremely interesting! And if the project has been deeply thought out in a digital perspective, it becomes a super nice playground. As an artist, I guess format shouldn’t be a constraint to express my ideas. Basically theses formats are quite interesting, you have to make sure people focus their attention on what’s important. This is probably why minimalistic and colored pictures are so popular lately! You have to go back to basics: make some powerful, catchy visuals.

Q> Millennials trust influencers – social media stars, celebs, artists – is this a big part of your world – working with influencers?

JC> Let’s say it’s one part of my world ;) When I work with influencers, I always try to know them better and adapt the script and the vision to something very close to their talents. Trying more to boost their natural charisma on screen. Actually I’m prepping a shoot in China with a huge celebrity. He is a very good dancer among other things. I’ve chosen to script everything around a choreography and put him in the center of everything. It’s extremely fun and exciting to create, and I can’t wait to shoot that!

Q> If the perfect job could land in your inbox, what would it be?

JC> It would be a project about emotions, beauty and grace. Probably something about women, a manifesto. Or a story about one suspended moment, something like one second stretched into 30 seconds. Ho! good idea … I should work on it straight away. I’m not used to waiting for good ideas to land in my inbox ;) 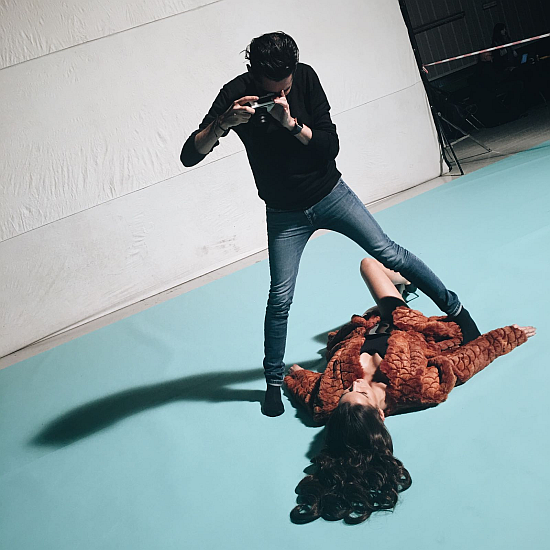