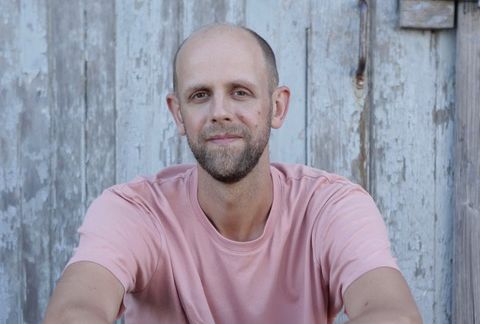 Station Film has added award-winning visual storyteller Thomas Beug to the company for commercial representation in the US. He is known for work that is naturalistic, grounded in realism and often tinged with humour or mischief. Among the highlights are Domino’s 'Paving for Pizza' (CP+B) which documents an initiative with actual road crews to repair pesky pot holes that are bad for Domino’s take-out customers, and Puma 'Faster Delivery' (digitasLBi) featuring Usain Bolt at his physically comedic best as a running courier for Puma.

“Thomas has immediately brought his enthusiasm for telling a powerful story to Station by winning his first opportunity,” says Stephen Orent, Station Film’s managing partner. “Teaming with Mechanica in Boston, Thomas will bring his vision to three wonderfully scripted spots that take you on an epic journey through everyday life.”

“Thomas is an amazing addition to our roster,” adds Caroline Gibney, partner/executive producer, Station Film. “He is a well rounded filmmaker who is very passionate about what he does. He’s a pleasure to collaborate with already!”

“Station is an awesome company and I’m delighted to be part of the family!” Beug comments. “I’m always impressed by the work they put out and their openness to tackle such a vast range of projects and produce work at such a high level. It’s great to be in the company of such talented directors (including my big sister Lena!) and I’m very excited to collaborate with Steve, Caroline and the whole Station team to make great work together and have some fun in the process.”

Beug was born in the west of Ireland, where youthful wanderlust and hippy parents took him travelling around Europe and cultivated his passion for storytelling. After graduating from Dublin’s Trinity College he moved to New York. In 2006 he became Employee #8 at Droga5, initially producing and eventually directing in-house for the agency where he shot adidas 'Go', a spot of beautifully choreographed visual stories of superstar athletes including Serbian tennis sensation Novak Djokovic.

Much of his work is characterised by that nimbleness with cinematography and aesthetic language. Mazda 'Snow Day' is an atmospheric travelogue of some friends leaving the city for a ski weekend just ahead of a palpable big storm. Kellogg’s 'What Gets You Started' depicts the daily rhythms of various Olympians and Paralympians, giving insights on their training and fortitude. And Prudential 'Marshmallows' - part of Droga5’s 2011 Cannes Titanium Lion-winning campaign - uses the classic Marshmallow Experiment to offer a clever analogy between not spending too soon and saving for retirement, and young children having the willpower to not eat one tantalising marshmallow treat, instead holding out for the bigger reward of two.

Beug’s longer-format projects include the award-winning short film Hanger B, about the aviation museum in The Floyd Bennett Airfield in Brooklyn, and its octogenarian volunteers which won best documentary at Fastnet, received Critics Pick at DOC NYC and landed Beug at The White House for AFI Docs. He directed the travel series “This Is My City,” co-created with a friend who shared his desire to see the world through the eyes of locals. “This Is My City” is currently streaming on Amazon Prime and has been covered extensively by the New York Times and The Guardian.

Beug’s love of swimming and the sea led him to his latest short doc The Swimmer, created with the Irish Film Board and currently playing the international Festival circuit. It’s a beautiful, contemplative story about open water swimmer Stephen Redmond who was the first person to complete the infamous Ocean’s Seven long-distance swimming challenge. “I went to meet him in West Cork and found him to be a really compelling, unique individual,” Beug relates. “It was definitely a complicated shoot as we had to film it in April when the Atlantic Ocean was very cold and the weather was completely unpredictable. We had a tiny skeleton crew but everyone did an amazing job and we are really proud of the result.”

Authentic performances characterise all of Beug’s work. “I think I have a knack for making people comfortable,” he says. “I get to know them quickly and strive to tell their stories in a way that’s both honest and entertaining. And I love creative collaboration, which is ultimately what this job is all about.” 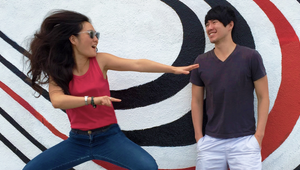