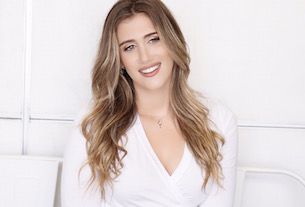 Sydney, Australia and Los Angeles-based virtual reality studio Start VR has brought on Ela Topcuoglu in the new role of development executive and producer, based out of the Los Angeles office. Ela will develop strategic partnerships and increasing business development in the heart of the entertainment and film industry. This hire comes on the heels of the VR studio’s signing to talent agency UTA, to bolster its US presence and continue to secure partnerships with high-profile talent that will amplify the production of both original and branded cinematic VR content.

“When we interviewed Ela, her passion for interactive narrative in VR was infectious and perfectly aligned with our own focus on Interactive Cinematic VR,” notes Start VR CEO Kain Tietzel. “She's an expert in managing creatives and talent, and balancing all elements of production whilst bringing boundless energy and creative flair.”

Adds Ela, "Upon meeting Kain, I immediately knew that we had a shared vision and passion for the future of entertainment. The Start VR team is extremely talented and willing to take risks to push the medium forward, so I am excited to grow and learn from them as we all navigate through the medium's potential. I truly believe in Start VR's mission and can't wait to share it with the rest of the world."

Kicking off her position, Ela will assist with the production of Start VR’s upcoming original VR project Awake, an interactive cinematic VR experience that will be shot in Los Angeles and Seattle and feature top-tier creative talent. She comes to Start VR from Jaunt VR where she supported the CEO, CFO and Head of Corporate Strategy in spearheading partnerships between content providers and Jaunt VR. Prior to Jaunt VR, Ela served as an Executive Assistant to the Senior Vice President at leading films and TV studio MRC Studios, where she worked on top series as “House of Cards” and “Baby Driver,” as well as with top networks and distributors including Netflix, HBO, Starz and Sony, among many others. Throughout her career, Ela has forged a robust network of key players in entertainment and tech, working closely with acclaimed filmmakers, directors, and executives in Silicon Valley and Los Angeles’ entertainment industry.

Ela earned a Film degree from NYU’s prestigious Tisch School of the Arts and has a deep passion for the entire process of bringing a compelling narrative to life. Shortly after, she pursued her passion in entertainment and migrated to the entertainment capital of the world, Los Angeles. Upon being introduced to VR, she was captivated by how mentally and visually immersive the medium was and immediately recognised its potential in the entertainment space. She is driven by VR’s unique challenges that span creating interactive narratives that allow an audience to suspend disbelief and be completely present.

Ela was born in Istanbul, Turkey where she attended international schools and was constantly exposed to a diverse set of cultures that inform her global perspective. She moved to the U.S. to attend college in New York City and now resides in Los Angeles, CA.