The Barbarian Group celebrates the small things this fathers day 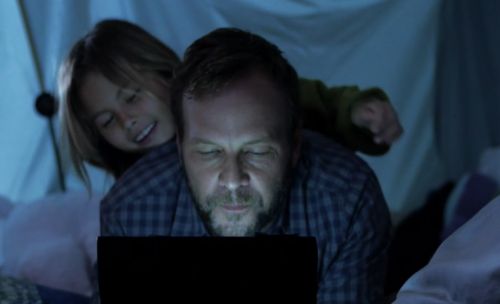 “This film was a great opportunity for Seth to flex his talents as both a strong storyteller and a serious filmmaker,” says Dexton Deboree, Managing Director/Partner at Stardust. “Seth has been shooting nearly every week since we acquired Stardust a year-and-a-half ago and re-launched it with a wider range of focus than the previous shop’s motion graphic’s roots. He has really taken to task the challenge of constantly growing, learning, improving and strengthening; and has evolved into a serious filmmaker with immense talent and endless potential."

The Stardust live-action division had its work cut out for them in both crafting a smart script that answered the agency’s “ask,” as well as planning a two-day shoot within challenging budget parameters and casting to find experienced talent that happened to be fathers with kids that could perform.

“We filmed real Father + Child pairings with the goal of capturing a real moment and connections,” explains Stardust Director/Partner Seth Epstein. “The spot is all about the little moments that make a father smile. I wanted the piece to be authentic, emotional and capture the little moments in a cinematic way. It was a challenge to shoot eight vignettes in two days; and make locations look totally different in terms of light, setting and seasons. We filmed on RED and a Panasonic GH3, which allowed us to get into places and cover shots quickly and spontaneously. We had a ton of fun doing the piece. The agency was amazing and we had a great flow, which allowed for unexpected discoveries and a relaxed shoot even though we were pressed for time.”