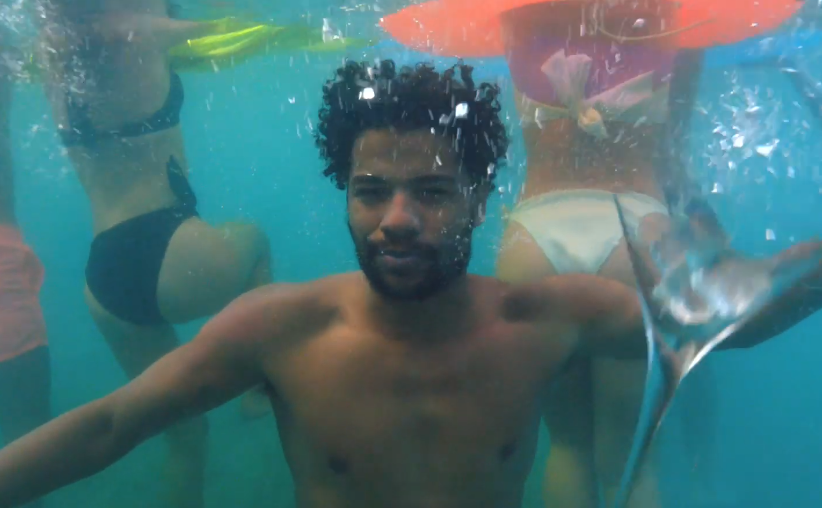 Launched in 2016, Chase Sapphire quickly became the credit card for the inspired millennial - creating a cult following among card holders who viewed travel, luxury and life differently from the way competitors had traditionally talked to them. Its appeal created unprecedented demand, striking a chord with a new breed of modern, experience-hungry and authentic travellers who want it all. And with more flexible rewards, bigger earning percentages, and partnerships with food delivery and ridesharing services, every year has seen competitors strive to catch-up to the changes Sapphire brings to the industry. Droga5 needed to continue to set the bar for contemporary travel and dining cards and retain the existing Sapphire customer base.

To maintain this momentum, this year’s campaign continues to reflect the values and aesthetics that resonate so deeply with our audience. This is an audience that sees every moment as an opportunity to lead a richer life, on their own terms. The platform Same Planet More World is a bold and vibrant expression of this and what it means to have Sapphire in your pocket. How Sapphire gives you a distinct advantage, enabling you to navigate the same planet as everyone else, while getting much more out of it. It’s a platform that fundamentally broadens who we are, what we believe in and acts as a runway for work to come.

The creative is built around the notion that with Sapphire, simply doing more of the same can put you one step ahead. Suddenly, everyday moments can lead to something bigger. A regular rideshare becomes a ticket to your next big trip. A normal dinner out gets you closer to your next vacation. And Sapphire is the key to making it all happen. It was important that the work steeped the viewer in the world of Sapphire – a feeling as much as a narrative - driven by a distinct look and energy. To do so, each film shares a similar DNA. The situations are relatable, the people are relatable, but the presence of Sapphire injects a little magic - all practically achieved, strikingly styled and seamlessly stitched together to showcase the Sapphire advantage. It’s everyday moments elevated to feel a little bit more magical and inviting.

Flipping the category trope of celebrities simply as spokespeople, the agency wanted to weave celebrities more intrinsically into the world of Sapphire. In the films, they punctuate and colour the hero’s experiences with credible cameos. Outside the films, they’ll play a broader role in lending their various talents and expertise to the events and experiences curated for cardholders. The first of which, is partnering with renowned musician/producer Mark Ronson to serve as music supervisor for the entire campaign – hand selecting tracks for each film as well as providing exclusive playlists for cardholders and appearances at Sapphire hosted Sundance Film Festival events. Alongside Mark are partnerships with acclaimed actresses Awkwafina and Gabrielle Union-Wade and basketballer Dwyane Wade who also feature in the campaign.

Beyond traditional channels, Droga5 has put a sharp focus on pushing the campaign to reach the audience in new spaces - like events and experiences - and establish a bold new presence, look and point of view in places where our audience is open to engage with Sapphire. The goal is for consumers to recognise their own mindset and worldview in the work and see Sapphire as their trusted, authentic and in-the-know partner.