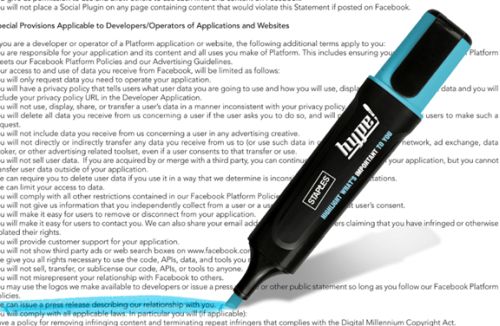 Staples Australia has gone to market with an awareness-driving radio and outdoor campaign via GPY&R and IdeaWorks Sydney, that prompts people to use Staples Hype Highlighters precisely for what they’re intended – highlighting ‘what’s important'. Albeit, in a fresh way.

The work takes a very close look at the Terms and Conditions of the world’s most popular brands and highlights some of the more controversial terms buried in the overly complex and long-winded documents.

The campaign positions Hype highlighters as a consumer champion, by taking on the task of digging through T&Cs and exposing specific pieces of information that people should be aware of, with the help of their vibrant pigments.

Said Creative Directors David Joubert and Bart Pawlak, “In a category that seems to attract a lot of creative communication, where it’s pretty hard to distinguish yourself based on product benefits, we’ve thought of a fresh way to at least charge Hype highlighters with a bit of personality. Beyond their functional role, we turned Hype into champions of the people.”

Steve Tietjens, Staples’ Marketing Manager said, "We're not the biggest player in the highlighter market, but with this first piece in what is a broader campaign designed to drive greater awareness of the Staples brand, we definitely plan to be the brightest." 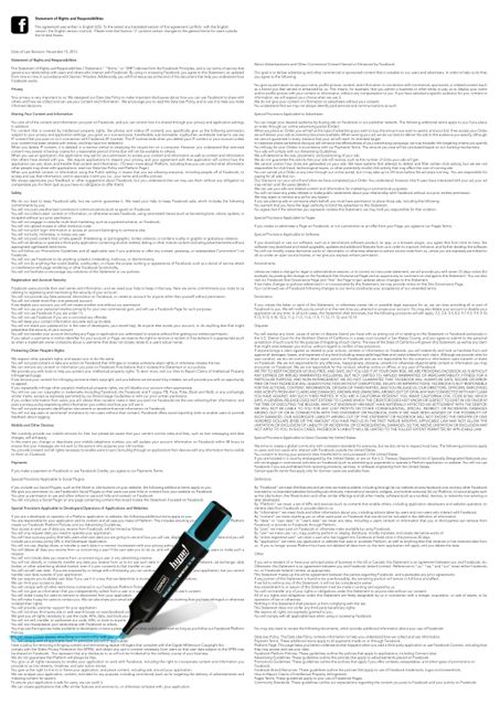